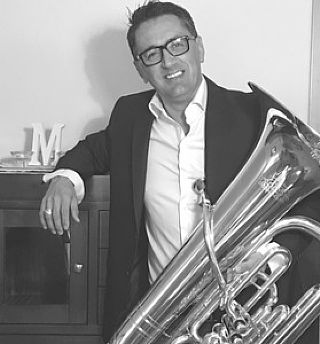 He was born in Lliria, Valencia, where he started his musical studies in Ateneo Musical and Banda Primitiva de Lliria.

He gets the prize end of professional degree in Valencia, and superior degree in Conservatorio Superior de Música de Madrid with Miguel Moreno. After his graduation he moves to Perpignan, where he studies with Professor Mel Culberston, obtaining the postgraduate degree Gold Medal.