Gert François studied at the Royal Conservatoire of Ghent, where he obtained his Masters Degree for percussion and Chamber Music. Later he continued studying in search for perfection in Masterclasses from Ruud Wiener (vibes) and Adama Dramé (African percussion). Since 1987 he is the chief professor of percussion at the Brussels Royal Conservatoire. In 2006 organiser together with Bart Quartier of the “Brussels Percussion Festival”. He gave several Masterclasses in Buffalo University in the USA and Music Hogskole in Oslo etc.and he is coaching the percussion section in several youth orchestras.

Besides his occupation as a teacher, Gert has built up a large orchestral experience: He is the timpani player and leader of the percussion section of the Brussels Philharmonic. Gert François performed with various ensembles and orchestras, such as New Symfonietta Amsterdam, the Beethoven Academy and many more. With these ensembles he toured throughout the whole world, Europe as well as the United States ,and Latin America. In October 2000 he toured through the United States together with Lieve Schuermans, with whom he performs as a duo ,flute and percussion. With Yuki Hori, Gert François performs as a violin-percussion duo.

He played as soloist on the first time performances of : Raga I, a composition of Wim Henderickx; Sketches (Globokar) during the Festival of Flanders with V Globokar and M Bashir. He performed at percussion spectacles with master percussionists Trillok Gurtu, Doudou ‘N Daye Rose, Mamady Keita, Han Bennink and recently at the site of African Master djembé player Adama Dramé in the production “Confrontations” from W.Henderickx which toured through Europe and Africa and recorded on CD(2003-2004)
As a soloist Gert performed with conductors K. Montgomery, B. Engeset, J. Latham-Koenig, Tan Dun, James Mc Millan and Grant Llewellyn among others.

In 1999 the CD with Royal Philharmonic Orchestra of Flanders was released with Raga I for percussion solo and orchestra. In 2001 a CD with Bartok’s sonata for two pianos and two percussionists was brought out together with pianists Jan Michiels and Inge Spinette and percussionist Bart Quartier. First performance of Tan Dun ‘Waterconcerto’ in Norway with Kristiansand Symphony Orchestra. First Performance of James Mc Millan ‘Veni Veni Emmanuel’ in Belgium with the Flemish Radio orchestra. 2006 he gave the world premier of “Watermusic” solo of Tan Dun. In 2007 he performed waterconcerto with Münchner Philharmoniker. 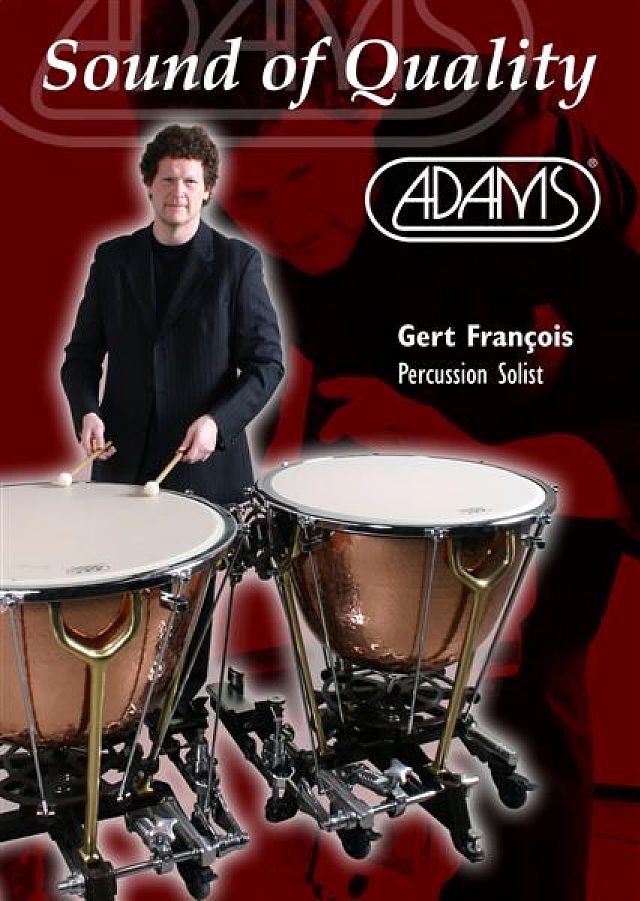