We are very happy to be able to introduce you to this energetic flutist from Denmark at this jubilee festival.
An engaging personality and fantastic teacher

Flutist Ulla Miilmann was born in 1972 in Denmark. She received her Bachelor of Music at North Carolina School of the Arts in 1992. During her college years, Ms Miilmann was already selected as representative of Denmark in the European Broadcasting Union "Concerts for Young Soloist".
Ms. Miilmann is a prize winner in several competitions, including the prestigeous "Flute-Talk" competition in Chicago, and the Danish All Music Competition. In the latter she won a Gold Medal.
Ms. Miilmann is a frequent choice for honours and awards, due to her outstanding artistic ability as well as her devotion for the betterment of her community. The highly esteemed "Jacob Gade Award" and the "Newspaper Critics Artist Prize" come to mind.
In 1994, at the astonishing young age of 22, Ms. Miilmann became the principal flutist of The Danish National Symphony Orchestra/DR. Since then she has appeared as soloist with all the major orchestras in Copenhagen as well as on tour to Taiwan where Danish music was the main theme of the tour.
She has worked as a chamber musician all over Scandinavia with many respected ensembles and soloists; The Danish Radio Woodwind Quintet, pianist Katrine Gislinge, cembalist Lars Ulrik Mortensen and violinist Gidon Kremer to mention a few.
In February 2006, Ulla Miilmann was awarded a Grammy Nomination in the category "Best Solioist Performance with Orchestra" for the recording of Ole Schmidt´s "Concerto for Flute and Orchestra".

Ulla Miilmann is a Haynes Artist, playing a Handmade 19.5K Gold Flute, and plays a Yamaha wooden flute exclusively for baroque performances.
Her presence at the Adams Festival is sponsored by Haynes Flutes 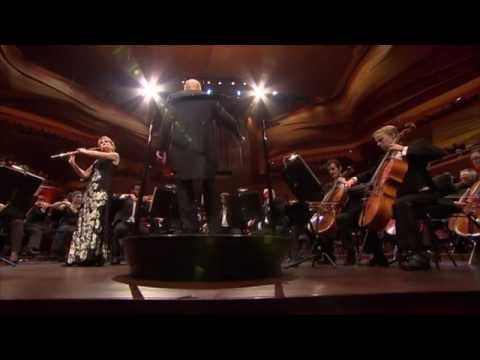