Mike Mangini is the polyrhythm king.  He was the drummer for the band Extreme for their last several tours, and on their album "Waiting For The Punchline."  He played with Keneally on the 96 and 97 Steve Vai tours.

Anyway, one fateful day, as fate would have it, he observed Keneally writing out the chart for "Egg Zooming" on an airplane. Mr. Mangini snatched the chart away, quickly perused a bar which would be impossible for a mortal drummer to play, handed back the chart and said, "I can do that."  He could, and got the gig playing that song for "Sluggo!."  Currently, he's playing clinics all over the world and readying a series of books detailing his main obsession, the"RHYTHM KNOWLEDGE" discipline, which helps players to easier comprehend complex rhythmic relationships, among many other things.

Mike Mangini is one of the most prolific young drummers on the rock scene today. With an abundance of talent, Mike can pull from many musical styles. Although his main stay is rock, he has experience in many other genres and has no problems with any time signatures. This Massachusetts native has played with Speed Metal bands like Annihilator, Groove Metal with Extreme, and shows off his chops with Steve Vai. Mike is a free spirit who loves to play practical jokes and basically clown around and have a great time. He loves to entertain and anything from telling jokes to dressing up in a French maid's outfit is fair game as long as it gets a laugh. His sense of humor is evident in his movie selection some favorites include Austin Powers, Stripes, Slap Shot, and The Dead Zone which he finds funny. Mangini is also a sports fan who likes football, ice hockey, and rollerblading in busy cities. He also enjoys talking drums with friends and peers, and likes to cook and invent his own recipes. Mike is busy at this time touring the world with Steve Vai. 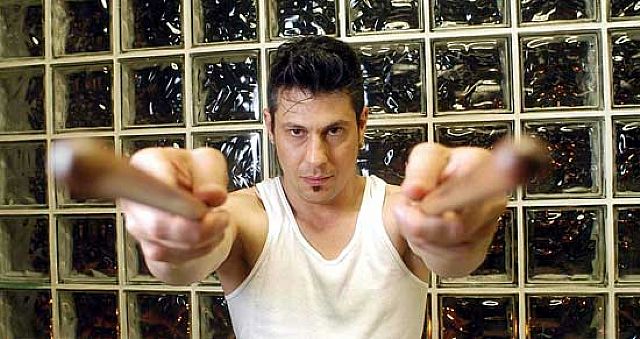 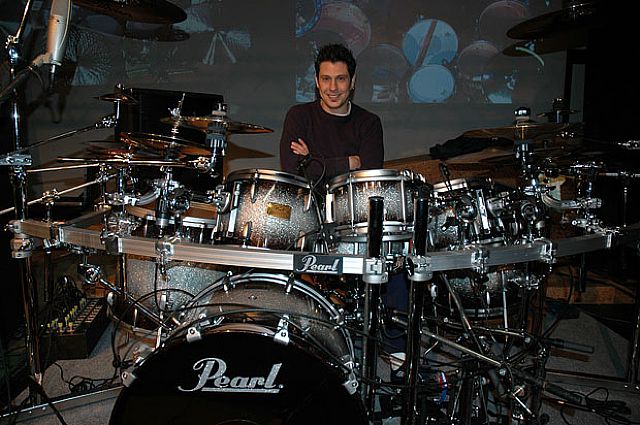