It's been a while since Nicola Mazzanti was guest teacher at our Festival. Many visitors asked us when he'll be back again. Well, here we are! So don't hesitate and subscribe for 45 minutes amazing piccolo teaching!

Nicola Mazzanti currently serves as Solo Piccolo of the Maggio Musicale Fiorentino, one of Italy's leading symphony orchestras, a position he has held since 1988. His performances have received praise from the many elite conductors who conduct the orchestra, including Music Director Zubin Mehta, Semyon Bychkov, Felix Slatkin, Eduardo Mata, Riccardo Muti, Claudio Abbado, Seiji Ozawa and Georges Prêtre. Orchestral career highlights include a 2002 invitation from the Berlin Philharmonic to audition for its solo piccolo chair, an invitation from Claudio Abbado to perform Verdi’s Falstaff under his direction in the Mahler Chamber Orchestra and performing in Maestro Mehta's production of Puccini's Turandot which was performed and filmed in China.

Mr. Mazzanti performs frequently as both a flute and piccolo soloist and in chamber ensembles in Italy and abroad. In his role of advocate for the piccolo as a solo voice, he has performed at the 2008 “Flautissimo” Falaut Festival (Italy), the first International Piccolo Symposium in Omaha, Nebraska (USA) in 2007, the 2006 International Convention of the British Flute Society, the 2005 National Flute Association Convention in San Diego, California, the 2003 Vienna Flute Festival and in several Italian Flute Conventions.

Since 2001, he has held annual piccolo courses at the “Esperienze Musicali” association in Rovigo and at the Italian Flute Academy in Rome. He is frequently invited to give masterclassses for flute associations and music schools in Italy and abroad. He writes a regular column on piccolo technique and repertoire in Syrinx, the Italian Flute Academy’s quarterly and has released two solo CD's. His web site is a regular destination for dedicated piccolo players.

Mr. Mazzanti is a 1982 graduate of the “Luigi Cherubini” Conservatory of Florence, where he studied with Sergio Giambi. He later took lessons or participated in masterclasses given by James Galway, Aurèle Nicolet, Maxence Larrieu, Raymond Guiot, Emmanuel Pahud, and Mario Ancillotti. In 1986, he earned an additional degree in Music History With Honors from D.A.M.S. (University of Arts and Music).

Since 1982, Mr. Mazzanti has taught both flute and piccolo at the G.Verdi School of Music in Prato, a small city near Florence where he was born, raised and continues to live 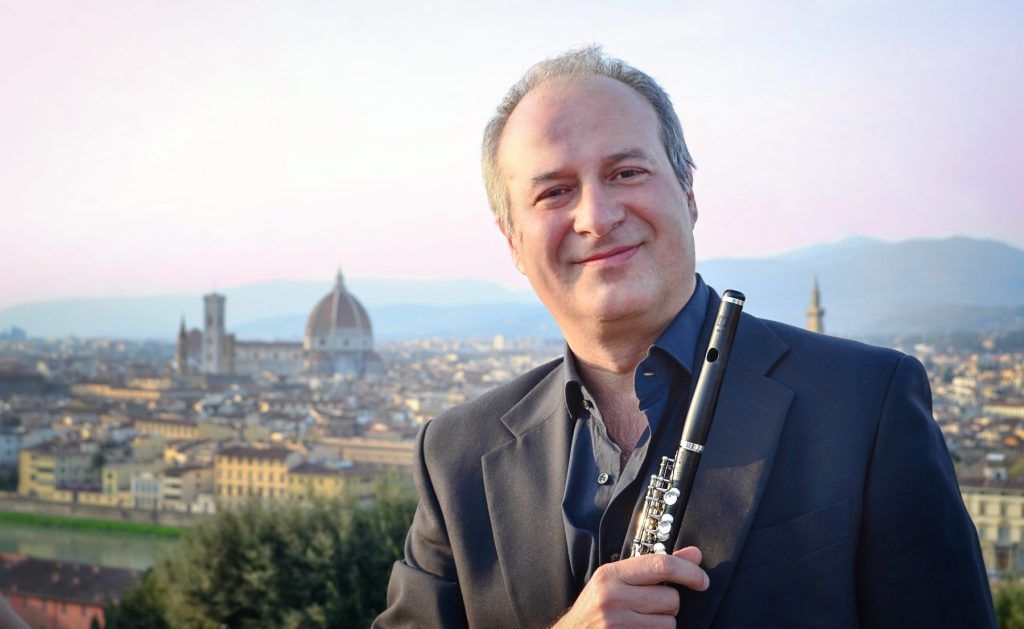 Zoom
Published by Adams Percussion on 21 April 2018
Back