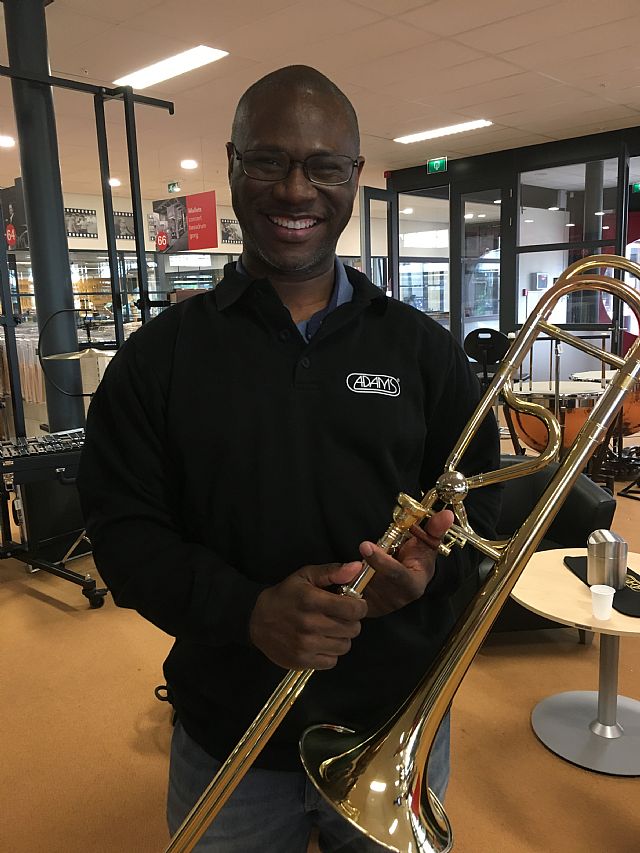 Born in São Paulo, Ricardo began his musical studies in the Martial Band of the John XXIII College. He began studying trombone at the age of 15 at the Free Music University (ULM), with Marcos Sadao Shirakawa, Gilberto Gianelli and Carlos Freitas as professors. He participated in courses, festivals, masterclasses and contests, being the main ones the International Festival of Campos do Jordão (SP), Festival of Music in the Mountains, in the city of Poços de Caldas (MG), Music Workshop of Curitiba (PR), masterclasses with trombonists Joseph Alessi, Jacques Mauger, Grahan Lee, Wagner Polistchuk, Darrin C. Milling, Ben Haemhouts and Enrique Crespo. He was one of the winners of the young soloist contest of the Young Symphonic Band of the State of São Paulo (2001) and of the Youth Symphony Orchestra of the State of São Paulo (2002 and 2004).

Soloist in front of the Symphonic Orchestra of Ribeirão Preto in the 2009, 2011, 2014 2018 seasons and Mogi das Cruzes Youth Symphony Orchestra in May, 2018. He joined the Experimental Repertory Orchestra from June 2006 to March 2008. In 2014 he was one of the artists invited to participate in the 48th Festival Música Nova performing the work Longhorn trio of the composer Gilberto Mendes.

He was invited to perform Alto Trombone in Mozart's Requiem at the opening concert of the 2016 season of Camerata Antiqua in Curitiba / PR. A Bachelor's degree in Trombone from Santa Marcelina College, with Wagner Polistchuk as teacher, he was 1st Solo Trombone of the Symphonic Orchestra of Ribeirão Preto (OSRP) for 8 years. Master in Music from the University of São Paulo - USP. He held the position of soloist trombone of the Theatro São Pedro Orchestra (ORTHESP).

Currently holds the position of Trombone of the Symphonic Orchestra of the Claudio Santoro National Theater in Brasília / DF, the post of Trombone Substitute Professor of the School of Music of the Federal University of Rio de Janeiro (UFRJ) and PhD in Interpretation by the University of Évora in Portugal.