Third Coast Percussion is a GRAMMY® Award-winning Chicago-based percussion quartet and GRAMMY®-nominated composer collective. For over fifteen years, the ensemble has created exciting and unexpected performances that constantly redefine the classical music experience. The ensemble has been praised for “commandingly elegant” (New York Times) performances, the “rare power” (Washington Post) of their recordings, and “an inspirational sense of fun and curiosity” (Minnesota Star-Tribune). Third Coast Percussion maintains a busy tour schedule, with past performances in 38 of the 50 states and Washington, DC, plus international tour dates across 4 continents.

A direct connection with the audience is at the core of all of Third Coast Percussion’s work, whether the musicians are speaking from the stage about a new piece of music, inviting the audience to play along in a concert or educational performance, or inviting their fans around the world to create new music using one of their free mobile apps. The four members of Third Coast are also accomplished teachers, and make active participation by all students the cornerstone of all their educational offerings.

The quartet’s curiosity and eclectic taste have led to a series of unlikely collaborations that have produced exciting new art. The ensemble has worked with engineers at the University of Notre Dame, architects at the Frank Lloyd Wright Foundation, dancers at Hubbard Street Dance Chicago, and musicians from traditions ranging from the mbira music of Zimbabwe’s Shona people, to indie rockers and footwork producers, to some of the world’s leading concert musicians. Third Coast Percussion served as ensemble-in-residence at the University of Notre Dame’s DeBartolo Performing Arts Center from 2013—2018, and currently serves as ensemble-in-residence at Denison University. 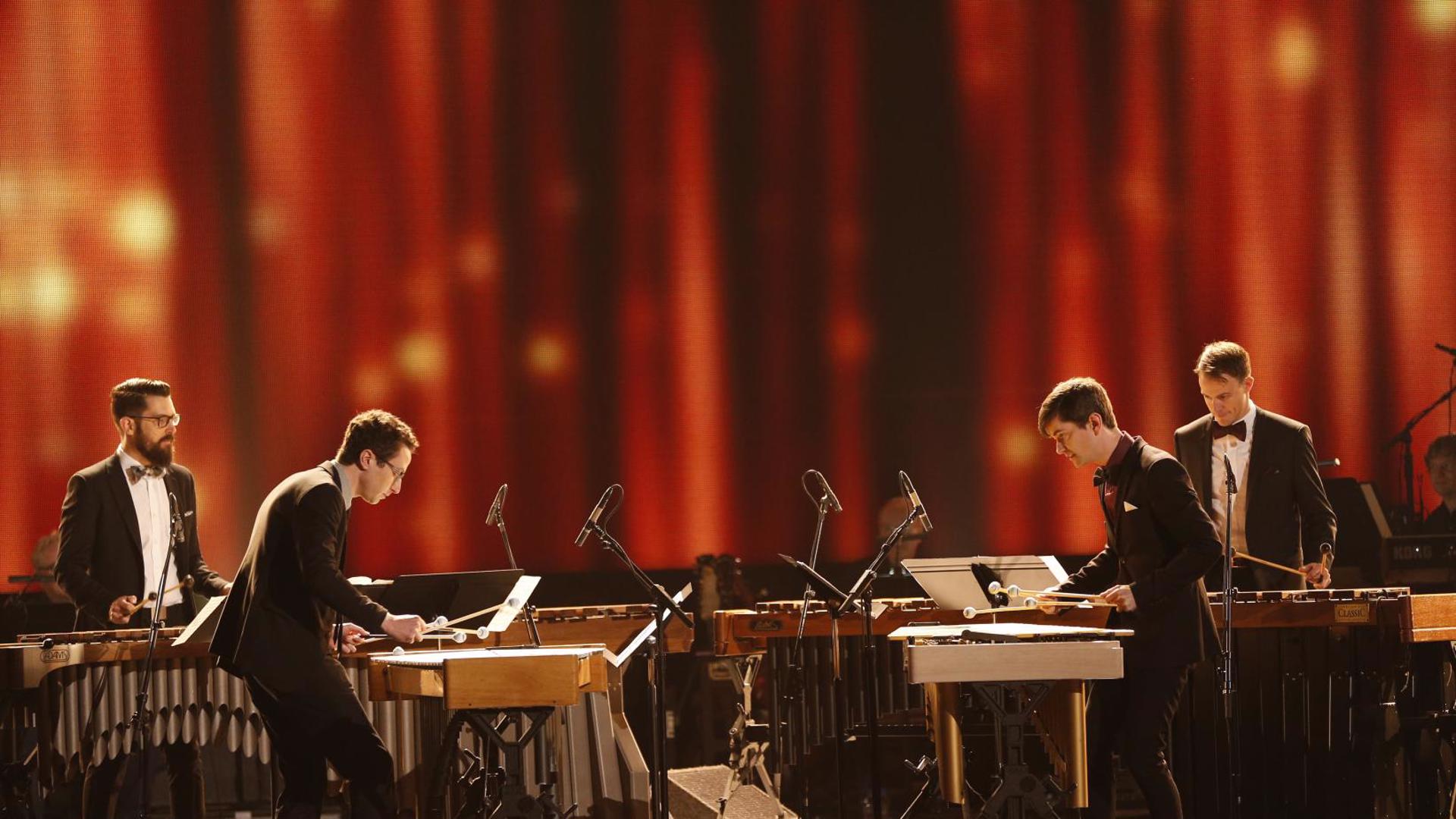 In 2017 the ensemble won the GRAMMY® Award for Best Chamber Music/Small Ensemble Performance for their recording of Steve Reich’s works for percussion. Third Coast has since received 3 additional GRAMMY® nominations as performers, and in 2021 they received their first GRAMMY® nomination as composers.

Third Coast Percussion has always maintained strong ties to the vibrant artistic community in their hometown of Chicago. They have collaborated with Chicago institutions such as Hubbard Street Dance Chicago, the Chicago Children’s Choir, the Civic Orchestra of Chicago, Chicago Humanities Festival, and the Adler Planetarium. TCP performed at the grand opening of Maggie Daley Children’s Park, conducted residencies at the University of Chicago and the Civic Orchestra of Chicago, created multi-year collaborative projects with Chicago-based composers Augusta Read Thomas, Glenn Kotche, and chamber ensemble Eighth Blackbird, and taught tens of thousands of students through partnerships with The People’s Music School, the Chicago Park District, Rush Hour Concerts, Urban Gateways, and others.