“Sonic acrobats at work: The Wave Quartet might now be a known quantity, but this exquisite ensemble remains refreshingly different.” (Crescendo Magazine). The Wave Quartet was founded by the renowned marimba player Bogdan Bacanu. He is joined by Christoph Sietzen, Emiko Uchiyama and Nico Gerstmayer.

He teamed up with his former pupil Christoph Sietzen – a prizewinner in the 2014 ARD International Music Competition and a Rising Star of the European Concert Hall Organisation for the 2017/18 season – and with Emiko Uchiyama and Vladi Petrov, who had won a number of international competitions as a marimba duo. In 2019, Nico Gerstmayer became a new member of the Wave Quartet instead of Vladi Petrov.

The ensemble made its debut in 2008 at the Berlin Konzerthaus, performing Bach’s C major concerto (BWV 1061a) in a version for four marimbas. Both the transcription and the performance were praised for respecting Bach’s original score and the spirit of historically informed performance. Since then, the music of Bach and contemporaries has been of key importance in the Wave Quartets broad repertoire that extends as far as Astor Piazzolla to the current new arrangement of Bizet’s “Carmen”, which was released on CD in Autumn 2019 by Sony Classical.

Concerts and masterclasses have taken the Wave Quartet around both Europe and Asia in venues such as Cologne Philharmonie, Elbphilharmonie Hamburg, Konzerthaus Berlin and Vienna, Müpa Budapest, Town Hall Birmingham, Bozar Brussels and Concertgebouw Amsterdam as well as Suntory Hall Tokyo and have led to appearances with orchestras like the Mozarteumorchester Salzburg, the Romanian National Symphony Orchestra or the L’Orfeo Barockorchester.

Highlights of the season 2018/2019 were the Premiere of a new concerto by Avner Dorman in the Golden Hall of the Musikverein Vienna, the return to Grafenegg Festival for a concert with the Tonkünstlerorchester under its chief conductor Yutaka Sado, as well as concerts with the Academy of Ancient Music in the Barbican London.

The quartet’s first CD, Aurora Borealis, released in 2008, was followed in 2009 by a recording, made with Salzburg Barock and conductor Peter Sadlo, of the three Bach concertos that had formed the group’s starting point. Senza Ripieno followed in 2011, a programme of seldom- heard baroque music, performed on an intimate scale. 2016 brought the GENUIN Classics release Loco, a programme of tango-infused music by Astor Piazzolla and Carlos Gardel and numbers by the Mexican duo Rodrigo y Gabriela. Early 2017 brought the world premiere, at the Brucknerhaus in Linz, of Emmanuel Séjourné‘s groundbreaking Gotan Concerto for marimba quartet, percussion and orchestra, a work dedicated to the Wave Quartet. The work features on the album Lauda Concertata, released on GENUIN Classics in late 2016. The quartet returned to Bach in 2017, collaborating with L'Orfeo Barockorchester for a recording released on Sony Classical.

The members of the Wave Quartet play exclusively on marimbas supplied by Adams Musical Instruments. 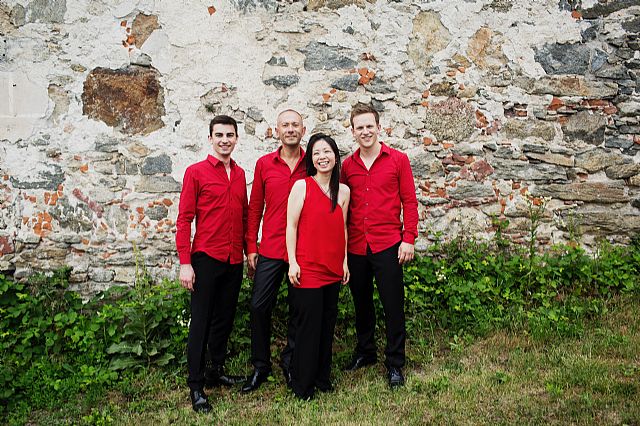 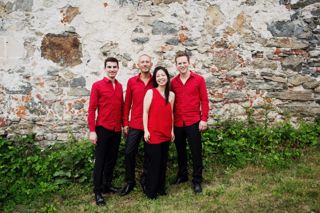 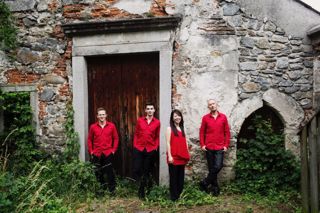