The first, entirely improvised NEXUS concert in 1971 marked the formation of a group that would touch and entertain people of all levels of musical learning, in all genres of percussion music. Bob Becker, Bill Cahn, Robin Engelman, Russell Hartenberger and Garry Kvistad are virtuosos alone, and bring elements of their knowledge and character to a distinct and powerful whole. They stand out in the contemporary music scene for the innovation and diversity of their programs, their impressive history of collaborations and commissions, their revival of 1920's novelty ragtime xylophone music, and their influential improvisatory ideas. NEXUS' firm commitment to music education and a steady output of quality CD recordings and compositions by its members continues to enhance the role of percussion in the 21st century.

NEXUS' music, with its widespread appeal, has taken the group on tours of Australia, New Zealand, Asia, Brazil, Scandinavia, Europe, and regularly to the United States and Canada. NEXUS is proud to have been the first Western percussion group to perform in the People's Republic of China. They have also enjoyed participating at international music festivals such as the Adelaide, Holland, Budapest Spring, Singapore Arts, Tanglewood, Ravinia, and Blossom Music Festivals, as well as the BBC Proms in London, Music Today and Music Joy festivals in Tokyo, and many World Drum Festivals. NEXUS is the recipient of the Banff Centre for the Arts National Award and the Toronto Arts Award. NEXUS was inducted into the Percussive Arts Society Hall of Fame in 1999, just before celebrating their 30th anniversary season.

Especially renowned for their improvisational skills, NEXUS was called upon to create the chilling musical score for the Academy Award-winning feature-length documentary "The Man Who Skied Down Everest". Television and radio broadcasters such as the CBS TV, PBS, and CBC have regularly featured this leading percussion ensemble. NEXUS' list of high-profile collaborations includes the Kronos Quartet, the Canadian Brass, and clarinetist Richard Stoltzman.

Compelled to share their insatiable curiosity, knowledge, and passion for their art, NEXUS has contributed greatly to musical education with symphonic and solo programs for family audiences from "The Story of Percussion in the Orchestra" to their concert, "An African Celebration". Internationally, they have participated in high school, college and university residencies giving masterclasses, workshops and concerts. NEXUS members consistently write compositions that become core repertoire for percussion ensembles.

NEXUS was featured in 2004 at the Seoul Drum Festival in Seoul, Korea and at the Percussive Arts Society International Convention in Nashville, TN, with Swiss drum set artist Fritz Hausern as well as premiering a new work entitled "Four Rituals for Percussion Quintet, Choir and Audience" by Canadian Composer Christos Hatzis. In September of 2005, the world premiere recording of Pulitzer Prize winning composer Ellen Taaffe Zwilichs "Rituals" for NEXUS and Chamber Orchestra was released. It features NEXUS and the IRIS Orchestra under the direction of Michael Stern.

Adams is proud having NEXUS playing on our instruments for many years now. 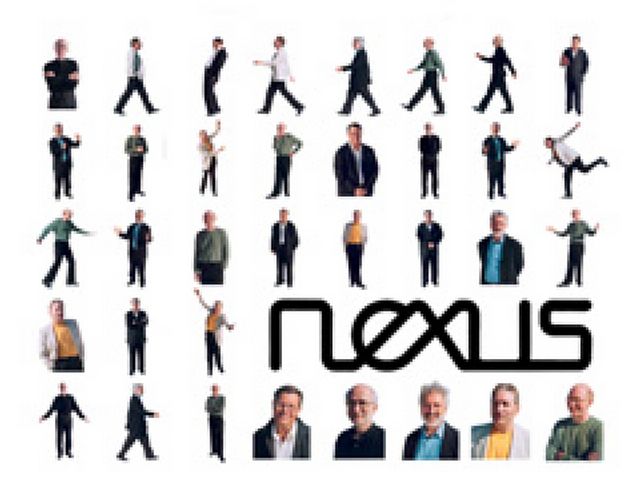