Originally from Santiago de Chile, Carlos has developed to be one of the most prominent Chilean musicians. He holds a Bachelor Degree from the Pontificia Universidad Catolica de Chile and a Masters Degree from the Hochschule für Musik und Theater München, Germany, where he met his mentor, the renowned soloist and teacher Dr. Peter Sadlo.

Carlos has performed as soloist and with various orchestras and chamber ensembles in festivals and meetings held in Japan, Egypt, Switzerland, Luxembourg, France, Norway, Germany and USA. Between 2009 and 2010 he was a member with the Mannheim Nationaltheaterorchester, Germany, and then he joined Santiago Philharmonic Orchestra as Assistant Timpani and Principal Percussionist, the position he currently holds.

In addition to his formal education, with the paramount guidance of his father, he has been deeply engaged in the language of Jazz as a vibraphonist. Since 2000, Carlos has taken private lessons with renowned Vibes artists, such as David Friedman, Bill Molenhof, Ney Rosauro and Stefon Harris.

He is a member of UC Percussion Group (Chile) Estay Vera Duo (Chile – Germany) and Peter Sadlo and Friends (Germany), and has appeared as a jazz vibes player in major jazz festivals and clubs in cities like Sapporo, Munich, Heidelberg, Stuttgart, Rotweil, New York, Santiago and other cities in Chile in addition to his own projects. Carlos is currently part of the latin jazz ensemble “Mamblues”, “Reko Big Band” and his very own “Carlos Vera Quartet”. With his last project in New York, “Novas Trio”, a trio with no bass, he recently did a recording, which will come out at the end of 2012.
Carlos recently appeared as guest Jazz Vibes lecturer in Cleveland Institute of Music and the Hochschule für Musik und Theater München. 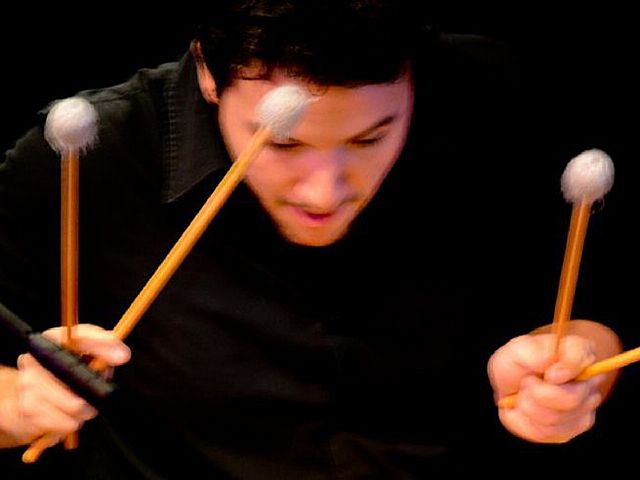