As one of the defining marimba players of his generation, Bogdan Bacanu has been praised for his culture of sound as well as his deep musicality. He studied marimba at the Mozarteum University Salzburg with his great mentor Professor Peter Sadlo.

Bogdan is professor of marimba at the Anton Bruckner Private University in Linz (Austria) since age 23 and was thus the youngest professor of his kind, world-wide. In 1998 he was awarded ,Musician of the Year' in Australia and in 2010 a honorary professorship by the University of Sechuan / China. He also was a teacher at the University for Music and Performing Arts Vienna. 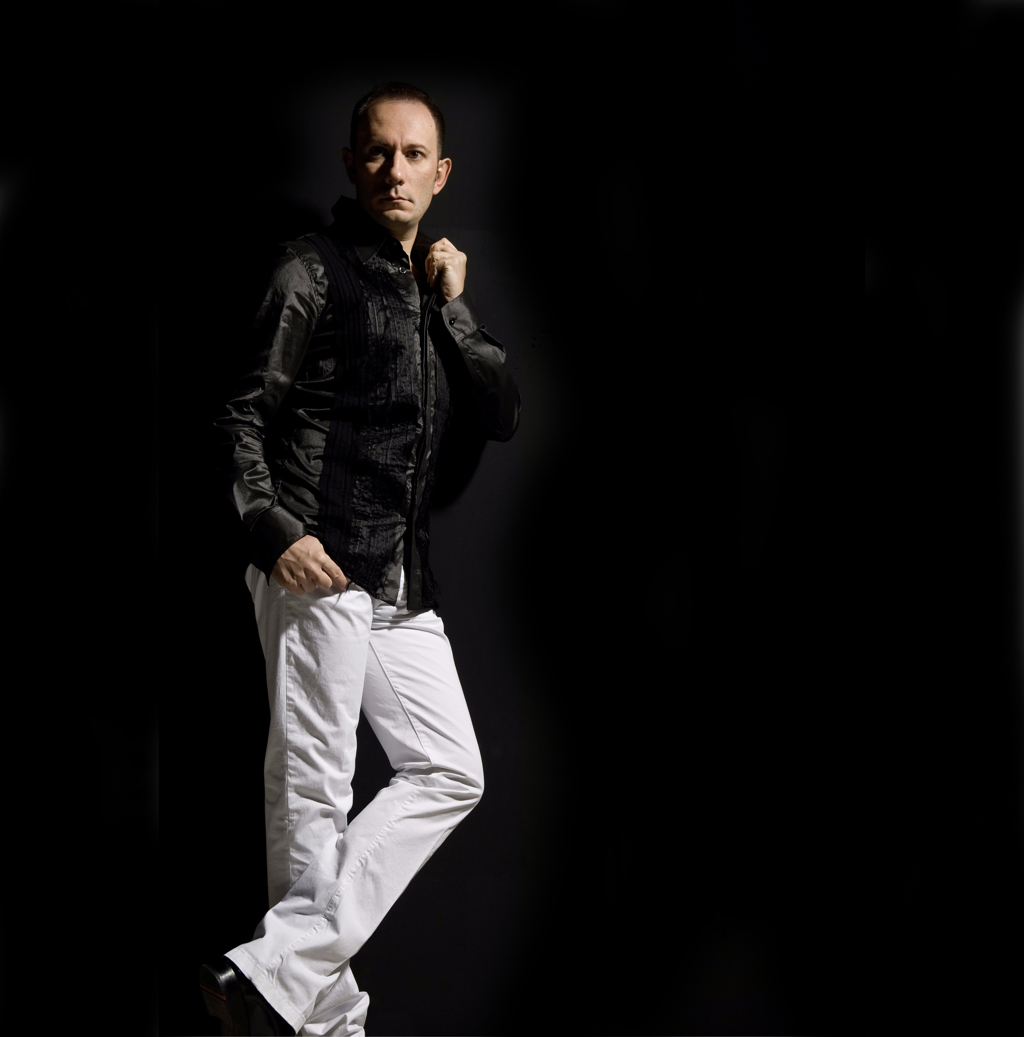 Bogdan Bacanu has given solo concerts and concertos with orchestra and ensembles, touring Europe, Asia and America. He has performed with well-known artists like Keiko Abe, Gidon Kremer, Peter Sadlo, Heinrich Schiff and Momoko Kamiya. In a variety of concert projects, he has collaborated with conductors like Dennis Russell Davies, Kent Nagano, Seiji Ozawa, Cristian Mandeal and Horia Andreescu and leading orchestras.

He has been invited repeatedly to renowned music festivals such as the The Biennal in Brisbane (Australia), Lockenhaus Musik Festival, Festival Grafenegg, Wörthersee Festspiele, Carinthischer Sommer, Donaufestwochen and 'les museiques' Festival Basel (Switzerland).

Since 2008 Bogdan Bacanu focuses his performance activities on the „Wave Quartet“, which he founded. The Marimba Ensemble debuted at Konzerthaus Berlin performing the C major Concerto for Two Harpsichords, BWV1061a, on four marimbas. The performance earned rave reviews from the audience and critics not least because of the ensemble’s respectful and historically informed interpretation. Baroque music has been a mainstay in the ensemble’s repertoire ever since in the quartet’s versatile repertoire, ranging as far as Astor Piazzolla or, currently a new arrangement of Bizet’s „Carmen“, which will be released on CD by Sony Classical in Spring 2019. Besides the arrangements, original works are a fix part of the repertoire, many of which have been written for the quartet.

Concerts and masterclasses lead the Wave Quartet through Europe and to Asia in important venues like Kölner Philharmonie, Elbphilharmonie Hamburg, Konzerthäuser Berlin and Vienna, Müpa Budapest, Town Hall Birmingham, Bozar Brüssel and Concertgebouw Amsterdam as well as Suntory Hall in Tokio and to performances with orchestras like Mozarteumorchester Salzburg, the Romanian National Symphony Orchestra or the L’Orfeo Barockorchester.

Adams and Bogdan Bacanu launched a signature marimba together. The design of the instrument combines floral Baroque lines with modern and pure details. The styling was tailored on the personal taste of marimba legend Bogdan Bacanu.

The instrument is only available with a 5-octave keyboard. The keys are made of hand-selected Honduras rosewood and feature Adams Alpha tuning, the most advanced tuning method for marimbas in the world. Visually the instrument is a follow-on from the Adams Alpha series that fulfils the requirements of the marimba virtuoso perfectly. The main colour combination is white-red, and a different laser cut is used on the resonators to make the chamfer itself more extreme. The wooden rails fit perfectly on the two oak side pieces. A trend that Adams used for the Alpha series. It makes the instrument more distinctive, gives it a smaller geometry and reduces frame sound.

Bogdan about his marimba
"I am originally a pianist and so am used to a Steinway on stage. When the Alpha marimba was introduced, it was the very first design marimba on the market. An instrument with superlative tuning and sound quality. So I now have an instrument whose sound is matched perfectly to my requirements and style. It means that I never have any tuning problems when I play in an orchestra or ensemble. And anyone who knows my playing style will know that I can play with a great deal of power. However, I still had a number of wishes regarding the design. But this dream was realized when I went into the process in more detail with Adams and KesselsGranger.

Right from the very start I stated that the marimba had to be elegant, but also provoking. The combination of colours, shapes and materials and finishes has resulted in a stunning instrument. I also wanted the woodwork of the frame to be finished with glossy varnish and this has been done too. The colours selected are not standard for the marimba - this gives the instrument a fresh, modern look and the shape is extremely elegant. This marimba shows to advantage in a classical concert hall, but also in a modern industrial setting."