Born in 1996 in Chifeng, Inner Mongolia, has the study experience in the Central Conservatory of Music Middle School, Central Conservatory of Music, and Hochschule für Musik HannsEisler Berlin. He is the winner of the world's largest classical music event -- the 68th ARD International Music Competition in Munich, Germany, and obtained the highest performer diploma (Doctoral Degree) of Hochschule für Musik HannsEisler Berlin in Germany.He has been successively learned from:

From 2007-2013, he was admitted to the Affiliated Middle School of Central Conservatory of MusicIn 2013, he joined in Li Biao Youth Percussion Group. In November 2013, he participated in the concert package of the China Indoor Opera Promotion Program. Having obtained various professional excellence awards with high values, he successfully held the solo concert in July 2015.

In April 2016, he was invited to attend the first National Symposium on Music Performing Research and served in the percussion music performance sound department. In July, he won The First Prize in Marimba, Vibraphone and The Second Prize in snare drum of Global Chinese Youth Percussion Competition Professional Youth Group. In August, he participated in the 2016 International Percussion Music Festival as a professional performer. Later, in October, he ranked the second place in Marimba in the IPEA International Percussion Competition by his excellent performance and superior skills.

In 2018, he won the third Prize in the 68th ARD International Music Competition in Munich.

By virtue of research spirit and intelligent musicality, he has systematized the possibility of  sound technology and music design.Bai is always on the way to become a high-class musician. He is willing to explore a wider cultural knowledge and profile his artistic growth. 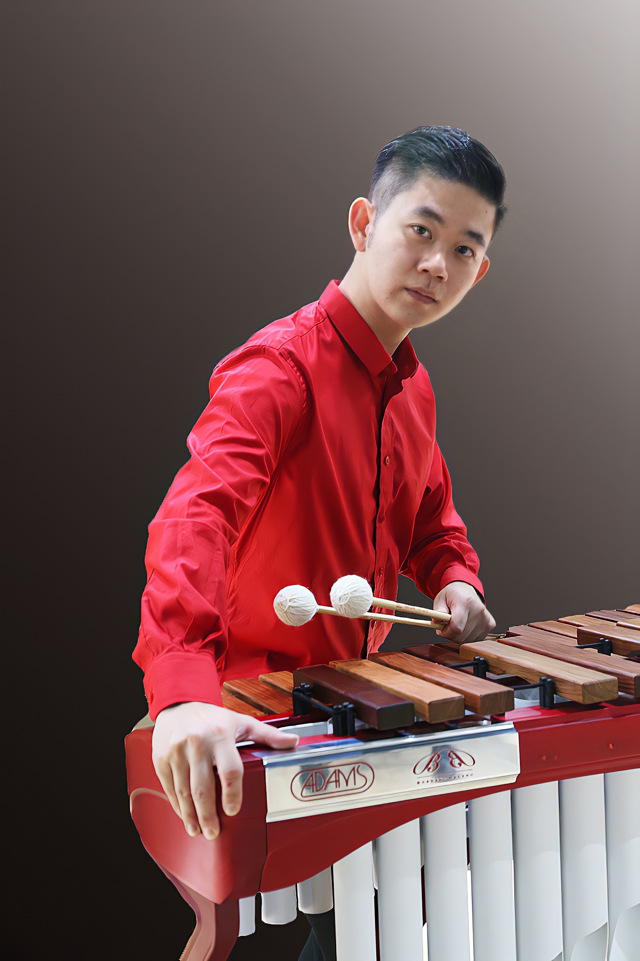