Since winning the 3rd Universal Marimba Competition held in Belgium in 2007, Miyoune Kim (Korea), turned the worlds attention to her talents. Having also won the competitions Public Prize and Sabam Prize (for best performance of the set piece), asserted her ability to captivate listeners with her exuberant and heartwarming music. Her combination of the spectrum of emotions within her intellectual performances has led to a profound performance career as a multifaceted percussionist.

Since her early success, Kim was invited to give her debut recital at PASIC and has since continued making solo artist and recital appearances at the the Seoul Arts Center: Classic Star Series, Seoul Drum Festival (Korea), IKMMA (Poland), Journée de la Percussion (France), the 4th Universal Marimba Competition and Festival (Belgium), and has performed in a New Generation Artists concert selected by the Association of Music Critics.

Through her passion for performance, Miyoune has become a  highly sought-after versatile musician throughout her home country. Concerto appearances include the Seoul Philharmonic Orchestra (SPO) and the Hwaum Chamber Orchestra. As chamber musician, she has ongoing performances with the SPO Chamber Music Series, Seoul Spring Festival and the Seoul Drum Festival. Orchestrally, she has performed with the Sejong Soloists, the Asia Philharmonic Orchestra, Busan Philharmonic, and Sungnam Philharmonic to name a few. Ms. Kim has been featured through countless live and recorded broadcasts seen and heard on MBC, SBS TV and KBS and MBC Radio.

Upon graduating from Chung-Ang University’s College of Music, Ms. Kim went on to continue her education with Frédéric Macarez and Eric Sammut at the Conservatoire Superieur de Paris-CNR from which she graduated with the First Prize. Kim further studied at the postgraduate level on the Marimba at the Royal Conservatoire Antwerp with Ludwig Albert. Two months prior to graduating from the Paris Conservatoire, Kim won a position with the Seoul Philharmonic Orchestra with maestro Myung-Whun Chung and has since been working with the orchestra.

Since joining the Seoul Philharmonic Orchestra in 2005, highlighted international tours  include the BBC Proms, Edinburgh International Festival, Grafenegg, Merano and Turku Music Festivals. Kim has been recorded in all albums under the Deutsche Grammophon label under the baton of maestro Myung-Whun Chung. As part of her orchestral duties, Kim has been a key player in the Ars Nova project with artist-in-residence, Chin Unsuk, for the past 10 years. Her work has promoted percussion music through world-premiere performances of new works and the creation of new instruments and sound possibilities.

Ms. Kim fervently promotes percussion music through numerous television and radio broadcasts, printed media, performance and pedagogy throughout Korea. Some of her current teaching posts include Chung-Ang University, Konkuk University, Sookmyung Women’s University, Seoul Arts High School and the Yewon School for the Arts. She maintains a collaborative relationship with her mentor, Eric Sammut, and can be heard performing together on her most recent album, ‘The Moment’, on the Sony Classical Label.

Miyoune Kim is an Adams Percussion Artist and is endorsed by the Cosmos Corporation in Seoul, Korea. 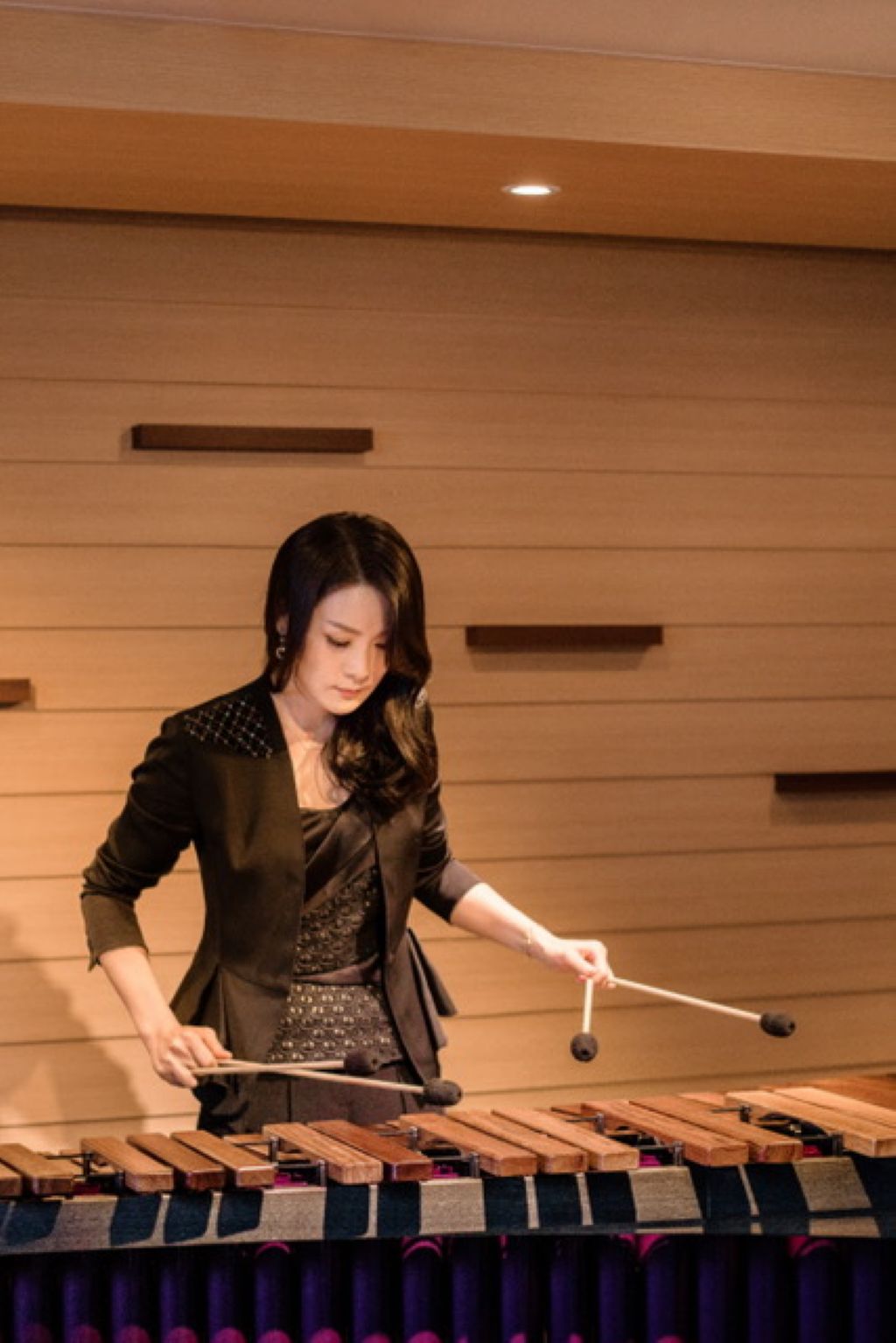