He passed the entrance exam of Conservatoire de Rueil-Malmaison and then pursued further study in Paris during 2007-2011. During this period, he studied with Prof. Andre Gilbert, and competed various diplomas, including: C.lllSpe 1 Prix, Diplome d’Etudes Musicales, Prix d’Excellence as well as the Perfectionnement Prix de Virtuosite.

In addition to performing, he also has passion with teaching. He is a euphonium and tuba teacher, music gifted class and Ministry of National Defense Symphony Orchestra. In the past, he guided students participated the National Student Competition of Music, and got the 1st prize (young artist and brass quintet). 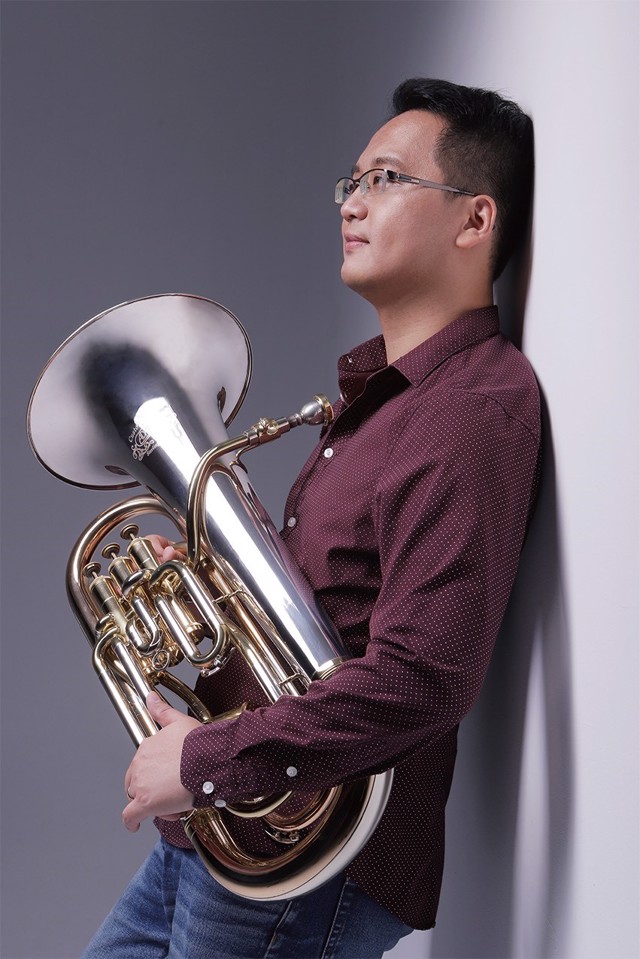