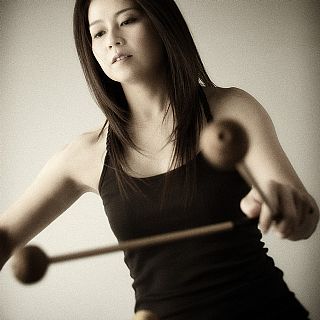 The Sunday Times described ‘Meticulous and muscular performances, at once elemental and elegant. Brilliant.’ Whilst the world authority of music Gramophone praised ’ Kuniko passes this rite triumphantly.’ Kuniko is one of the most gifted percussionists of her generation. Her astonishing virtuosity, exquisite musical insight and expressive yet elegant performance style continue to attract not only audiences, but established conductors and composers too. She is renowned for her flawless technique when playing both keyboard and percussion instruments, which blends seamlessly with her profound musical intelligence.

After graduation she was based in Europe for over ten years, winning major awards including the Kranichsteiner Musikpreis from the Internationales Musikinstitut Darmstadt in 1996 and second prize at the International Leigh Howard Stevens Marimba competition in 1996. In 1997 Kuniko recorded James Wood’s Marimba Concerto in London where her performance was highly complimented by the BBC. In addition, she was a guest soloist at the James Wood portrait concert at the 2001 Huddersfield Contemporary Music Festival which was broadcast on BBC Radio 3. In 1999 she released her first solo album To The Earth.

Subsequent career highlights include the Japanese premiere of the music theatre production of Wood’s The Pure Land (Jôdo) in 2005; and in May 2006 the revival of the percussion concerto Cassiopeia by Toru Takemitsu as part of the Takemitsu Memorial Concert at Tokyo Opera City in Japan. The performance was recorded live and released on a limited edition CD. During 2008–09 Kuniko showcased a solo recital at the University of São Paulo (first International Percussion Festival), appeared at the historic Monday Evening Concert series in Los Angeles, performed a solo recital at Vancouver New Music Society and gave the Japanese premiere of Unsuk Chin’s Double Concerto at the Suntory Summer Festival.

In March 2009 Kuniko created a new live performance, Sound Space Experiment – Steel Drum Works, in Tokyo. At this performance she gave the world premiere of Steve Reich’s Electric Counterpoint, transcribed for steel pans, marimba and vibraphone by the composer. In 2010 she was invited to perform concerts and masterclasses in Canada, Australia, Portugal, Congo and South Africa. Kuniko also performed Steel Drum Works in Vancouver, Saitama and Itami, and at the international music festival Les Flâneries Musicales de Reims in France in 2011. Kuniko’s critically acclaimed recording kuniko plays reich, released on Linn Records in 2011, features unique multi-tracked arrangements of classic minimalist works from the 1980s by Reich. Kuniko performed her Reich arrangements live in Tokyo, New York, Modena, Reims and at the Cheltenham Festival in England in 2011. She conducted a world tour in 2012 including multiple performances in Japan, Paris, Madrid, Barcelona and Köln, a major residency in Armenia and a tour of Australia. ‘kuniko plays reich in Kyoto’ concert which was presented at Kyoto Arts Centre in 2012, received the prestigious twelfth Keizo Saji Award by Suntory Arts Foundations.

In 2015 Kuniko released the major percussion works Pléïades and Rebonds a. b. by the great twenty-century composer Iannis Xenakis. The album was double-nominated in the ‘Best Contemporary Music’ and ‘Best Recording’ categories at the Japan Academy Awards. 2017 saw the release of Solo Works for Marimba, which saw Kuniko turn to the cello suites and violin sonatas of J.S. Bach. This album debuted at number 2 on Japan’s Classical Billboard Chart, was named the bestselling album of the year from Linn Records and received the Grand Prize at the tenth Japan’s CD Shop Award.

In 2018 Kuniko recorded her fifth studio recording Drumming by Steve Reich sees the hugely talented percussionist return to the music of Steve Reich, a composer she has championed since her debut recording in 2011. The live concert at Suntory Hall received the excellence award from the 73rd National Arts Festival – Agency for Cultural Affairs Japan.

Most recently Kuniko was appointed as the special hometown ambassador by the city of Tokyohashi, Aichi, Japan.

Kuniko is strongly committed to music education through percussion workshops, masterclasses and open rehearsals whenever possible in conjunction with her solo recitals. She has been working with learning-disabled children in Japan since 2004, including a series of log drum (slit drum) workshops.

Kuniko is the only Japanese artist signed to Linn Records. She is endorsed globally by Pearl and Adams (NL). She currently resides in USA. 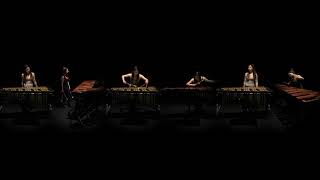 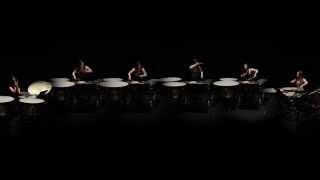 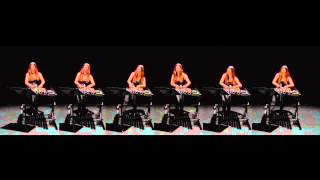 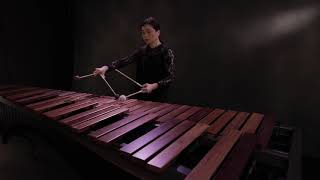 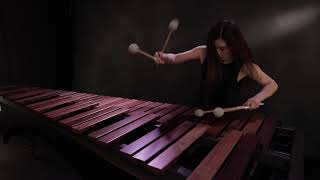