Simon Klavar and Joe Bogolin studied at the Munich Music University with the percussion legend prof. Dr. Peter Sadlo, one of the best percussionists in the world today, and in Frankfurt with the members of Ensemble Modern. What at first looked like playing for fun from the beginning in 2006 turned out to be a longtime relationship which immediately gained international success. Already as students did the members astonish their listeners with great solo recitals and concerts with orchestras  Slovenian Philharmonics, SNG Opera and Balet, Academy of Music Orchestra. Since 2006, the duo played in the USA, Spain, Russia, Luxembourg, Italy, Germany, Austria, Switzerland, Serbia, Bosnia and Herzegovina and everywhere around Slovenia. Audiences around Europe come to Drumartica concerts for relaxed atmosphere, music that suits every ear and powerful yet sensitive performance. 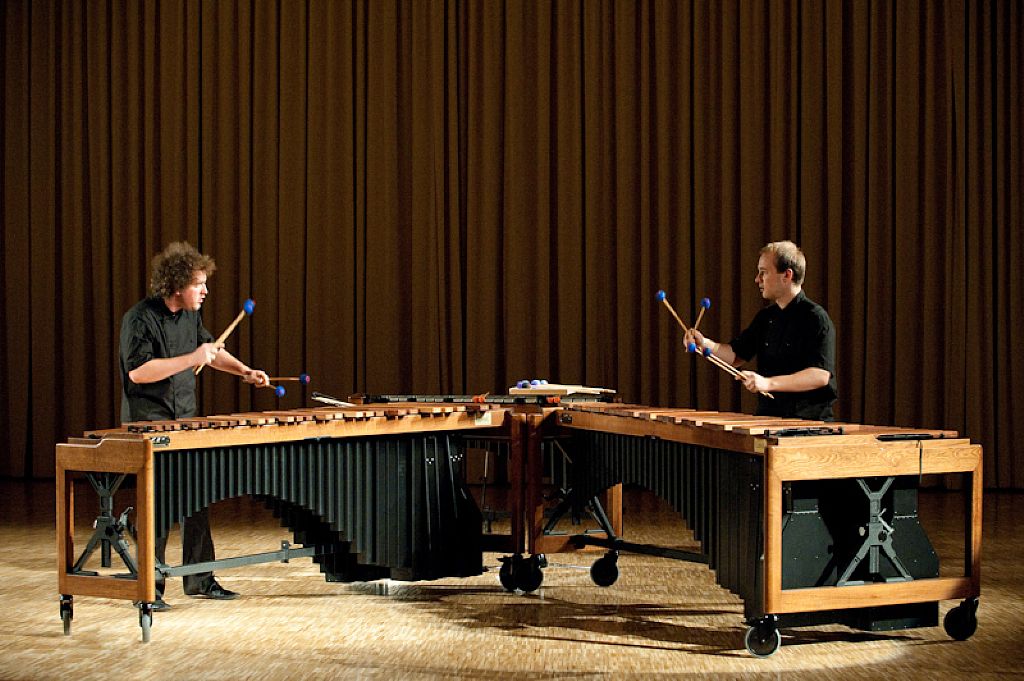