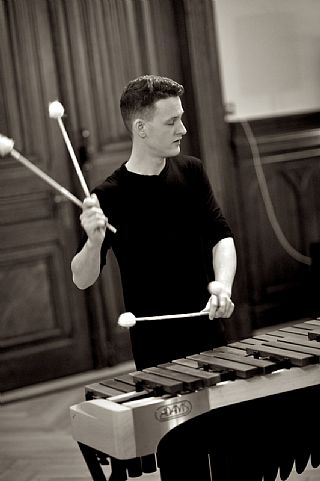 Born 1993, Richard Putz began his education in music at the age of five with piano lessons and switched to marimba at the age of seven. Soon he discovered his love with percussion instruments and repertoire and was studying with Franz Bach, principal percussionist of SWR-Symphonieorchester Stuttgart, until he continued his Studies at the Universität Mozarteum Salzburg with Professor Peter Sadlo until 2016.

From 2017 to 2019 he was academic at the Konzerthaus Orchestra Berlin additionally gaining professional orchestral experience.

Toghether with Sergey Mikhalyneko he established the formation “Duo Impulsiv” . He is also member of Alexej Gerassimez´”Genesis of Percusion” Group as well as Simone Rubinos Quartet “Esegesi Percussion”.

As a composer and electornic music Producer, Richard Putz is always searching for new sonic possibilities within the combination between electronics, live-processing and acoustic music formats. His first piece – “Constellations I”- for marimba Duo was premiered by DUO IMPULSIV at the Mecklenburger Festspiele in summer 2018.

Richard Putz is playing a custom bar made Adams Alpha 5.0 Marimba as well as various other ADAMS percussion instruments. 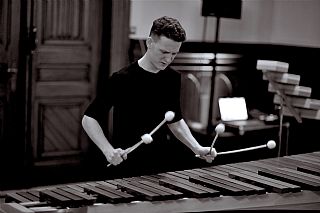 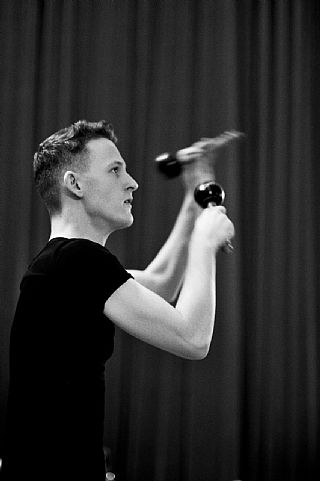 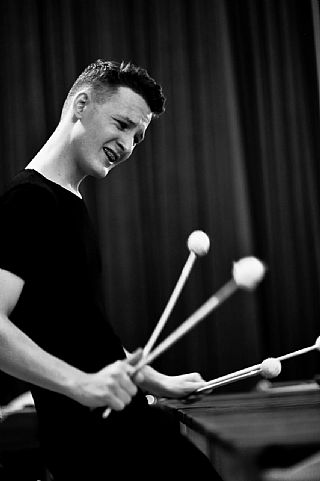