After starting with piano, he got his first percussion lesson at the age of 6. Quickly discovering the variety of percussion instruments he had first solo recitals and earned several awards during his school time. After studies with Robert Cürlis, Franz Schindlbeck, Rainer Seegers and Li Biao he in 2012 graduated at the HfM ‚Hanns Eisler‘ Berlin with distinction.

As a member of the Junge Deutsche Philharmonie, besides numerous symphony and chamber concerts, he worked out many education project. This early shaped educational aims Max Gaertner pursues up until today as founder and leader of the JugendPercussionEnsemble Hessen as well as workshop lecturer.
Recitals, e.g. with Berliner Philharmoniker and Ensemble Modern, led him to Austria, Switzerland, France, Italy, UK, Netherlands, Spain, Poland, Czech Republic, Belgium, Russia, Finland and Estonia. Numerous CD and DVD productions document his work.
The focus of Max Gaertner’s today artistry is mainly on combining percussion with electronics as well as developing innovative concert forms. During his project „Percussion & Electronics“ he connects solo and chamber works for percussion and (live-)electronics with visuals and light effects to an interactive performance. 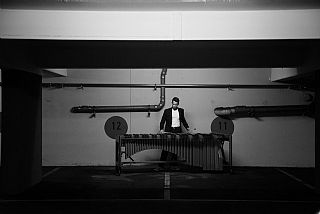 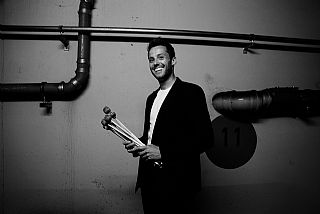 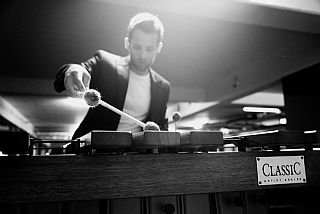