Nicolas Salmon starts learning the saxhorn at the age of 6 with his father, Alain Salmon, then continues in Villeurbanne to learn tuba with Christian Delange (tuba player of the Orchestre National de Lyon), before entering at the National Conservatory of Music and Dance of Lyon in the class of Melvin Culbertson and Arnaud Boukhitine where he obtained a Master of Interpreter with honors in 2011 and a Master of Pedagogy in 2013.

Passionate about teaching, in 2009 he created the Ecole Lyonnaise des Cuivres (Lyon Brass School), a music school with a singular pedagogical approach, whose teaching is exclusively in the form of multi-instrumental collective workshops.

His taste for research and educational innovation led him to participate from 2013 to 2015 in the DEMOS project led by the Philharmonie de Paris.

He is a founding member of SWISSTUBA.CH, and he created the Geneva Tuba Festival in 2017 with his colleague Fabien Wallerand, euphonium and tuba teacher at Haute Ecole de Musique de Genève, and the first Geneva International Tuba Competition in January 2020. 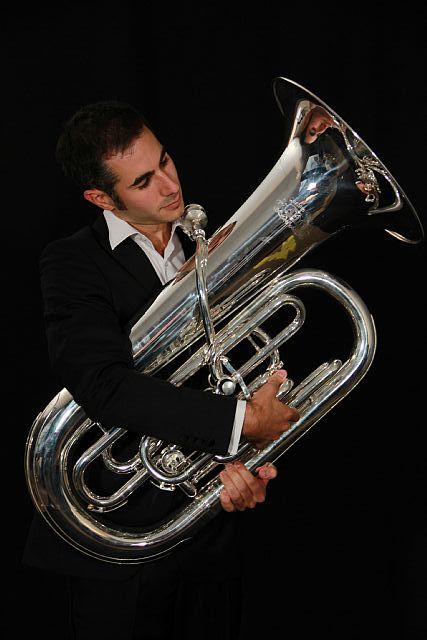