CHRIS JORIS Born in Mechelen (Belgium) on november 30 in 1952. Chris jon's career started in 1976, in which year he met & recorded with the South-African bassplayer johnny "MBIZO" Dyani (who played with Butch Morris, Abdullah Ibrahim, Chris McGregor, Dudu Pukwana, Mongezi Feza, Harry Becket, & Joseph Bonner,...) Until then, Chris Joris had been playing with local goups as a pianoplayer. Later on he switched to percussion, which would become his main instrumental expression and gave him the highly leveled reputation that he enjoys now in Belgium & other european countries. Living in Paris for one year he met Johnny Dyani again in 1978 with the saxophonist André jaume, a.o. There in Paris he formed a percussion-trio with Ajib Bieng(who later recorded with Herbie Hancock) & Cheikh Tidiane Fall (who later recorded with Pharaoh Sanders). Back in Belgium he was a often a solicitated artist for studio-musicians as well as the finest jazz musicians. During the many following years he worked with almost everybody: Toots Thielemans, Steve Houben, Bruno Castelluci, Michel Herr, Diederik Wissels, Frank Vaganée, Richard Galiano, Ivan Paduart, Charles Loos, Erwin Vann,....

In 1985 he played for the last time with Johnny Dyani on the Middelheim Jazz Festival with a.o. percussionnist Neppy Noya and saxophonist John Ruocco.
In 1991 he forms an octet with the American tuba-player Bob Stewart as guest artist and records his first CD with him as a tribute to Johnny Dyani" SONGS FOR MBIZO" which got great reviews in European & American jazz newspapers.
In 1993 he recorded his second CD " BIHOGO" with soprano saxophonist Pierre Vaiana and the New-York bassist Cameron Brown (known from the Mingus-dynasty, the Archie Shepp Quartet, the George Adams-Don Pullen Quartet and Connie Crothers Quartet. He tours one week with Cameron Brown.
In 1995 his third album is released with his Bihogo Quartet: "ON CHILDREN'S STREET" with saxophonist Kurt Van Herck.
In 1996 he tours in France, England and Germany with this Quartet.
Joris teaches at the jazz Studio (academy) in Antwerp.
Chris Joris meets the Djembé Master Adama Dramé (from Burkina Faso), with whom he starts to collaborate. One of their succesfull concerts has been recorded and released in 1998 : "BENKADI". Chris Joris made three Scadinavian tours until now, (clubs & Festivals): Upsala Winter Swing Festival & Euro jazz Festival in Stockholm, the Fassching Club in Stockholm, the Nefertiti in G6teborg, Katalin in Upsala and the jazzhouse of Copenhagen.
His new band is called "The Chris joris Experience", a quintet which was augmented by two African ethnic musician's: Ben Ngabo from Rwanda; vocal and percussion(ngoma's) and a Koraplayer from Guinea N'Faly Kouyate on the last Middelheim Festival 1997, where he received a standing ovation for his new project. This concert has been released on CD in June 1998 :The Chris joris Experience "Live" at the jazz Middelheim Festival & Stockhohn '97 " under the label W.E.R.F. 012. All records are distributed by AMG Benelux.
In november 1998 Chris joris starts several concerts with the legend jazz pianist MAL WALDRON. They will make a Scandinavian tour in autumn 1999. The Chris joris Experience will be present on several Festivals all over Europe this year, Magdeburg Germany, jazz d'Or in Strassbourg. This means an extension of the international reputation that Chris Joris already had since the last five years. End 1999 he starts a quartet with a young australian pianoplayer Walter Lampe (from Dutch origin) The Chris joris-Walter Lampe quartet with also Felicity Provan (trumpet & vocal), Arnold Dooyeweerd (bass). They start with a small tour in flanders and perhaps a recording in march 2000. With this quartet Chris devotes himself to express himself more in the idiom of jazz, by playing standards in their own personnel way combined with own compositions. 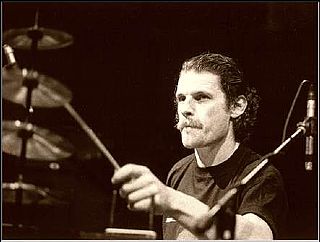 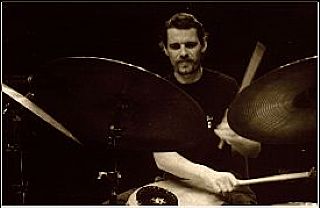