Robin DiMaggio is an independent / session drummer, who worked with David Bowie and Paul Simon among many others. Robin DiMaggio was born in Paris to a musical family, by age two he was on the drums. At five a young Robin studied drumming in Montreal and by the age of seven was introduced to Joe Porcaro who put him on the road to a successful career. Performing double drums and additional percussion with Steve Gadd, the rhythmic discipline and dynamics had to be admired as one drummer complimented the other.
Ray Charles, David Bowie, Mariah Carey, Boz Scaggs, Tracy Chapman, Toni Braxton, Dr. Dre, Snoop Dog, Steve Vai, even to the legendary Sammy Davis, Jr. and dozens more have benefited from his sense of pace and rhythm. His great understanding of cross rhythms from R n B to Rock has landed him a gig with one of the greatest songwriters today, Paul Simon. 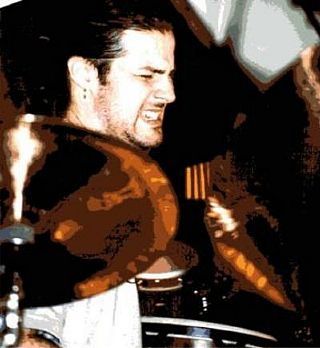