“To play the unplayed” - that is the self-proclaimed lifelong aspiration of drummer/producer Thomas Lang.  Given his astonishing independence of limb and his stalwart dedication to improving his craft – Lang’s aspiration is more than well on the way to reality.  Thomas Lang has dedicated his life to the exploration of all things drum.  In addition to his relentless touring, recording and performing schedules, Lang’s instructional DVD “Creative Control” (Hudson Music) is now the biggest-ever selling instructional DVD of all time and he has managed to find time to lend his expertise to Meinl Cymbals, the Remo Corporation and Sonor Drums to help develop new and exciting gear and drums accessories.
A native of Vienna, Austria, Lang took up drums at the tender age of five. Inspired by a televised performance of a heavy metal band, Lang assessed (quite rightly!) that he wanted to be a drummer when he grew up because, “the drummer looked like he was the boss – AND he got to sit down!”

In addition to years of private tuition, Lang was formally educated at the Vienna Conservatory of Music. As the youngest student enrolled at the legendary institution, early on Lang received a diverse education in a multitude of styles including Jazz, Classical, Fusion and Big Band.
After leaving the conservatory, Lang began working professionally – slowly working his way through the European Pop, Rock and Jazz scenes. Working obsessively (sometimes with up to 15 projects simultaneously) Lang earned his stripes by working with some of Europe’s most
demanding recording and touring outfits including Falco, John Wetton, Bonnie Tyler, and many others (go to "tour history" for a complete list of credits).

In addition to his work with other artists, Lang’s 1995 solo release, “Mediator” topped the charts in Europe and garnered rave reviews for its innovative Jazz/Dance/ProgRock sound.
Despite his grueling touring and rehearsal schedule, Lang remains committed to a rigorous daily practice schedule.  “I religiously follow a constantly-evolving practice routine. It’s not glamorous, but for me daily practice is a principle source of growth and inspiration in my playing,” says Lang.

Lang’s daily practice regime eventually became the basis for his 2-part series of instructional videos, “Ultamatives Schlagzeug I & II” which were originally released in 1995.  Due to overwhelming demand, these videos were re-released on DVD in 2004 by Hudson Music (www.hudsonmusic.com).

In his quest to, “play the unplayed,” Thomas has worked cooperatively with the research and development team at Meinl Cymbals to create, “Tom’s Becken” – a pitch-matched range of contemporary crash cymbals that provide acoustic and electronic drummers with modern sounds that resemble artificially engineered cymbal samples.  Launched in 2002, “Tom’s Becken” were so well received that in 2004 Thomas Lang worked with Meinl once again to design the “Fast Hats” (www.meinlcymbals.com).

In 2002, Meinl approached the Remo Corporation to produce the “Thomas Lang Practice Kit” -- a totally silent, completely portable practice kit. “When I travel its hard for me to keep up with my practice because I worry about disturbing people in hotel rooms, or backstage. Then, it occurred to me that tons of drummers must give up playing because it’s too expensive or not feasible to keep up practicing. I took my idea for a totally to the guys and Remo – and the rest is history,” says Lang. (www.remo.com)

Presently, Thomas Lang lives in Los Angeles with his wife and identical twin boys. He is presently working on the highly anticipated follow-up DVD to “Creative Control” which is scheduled for release by Hudson Music in late 2006. Thomas is also working on various solo projects and is launching a music-inspired clothing line. 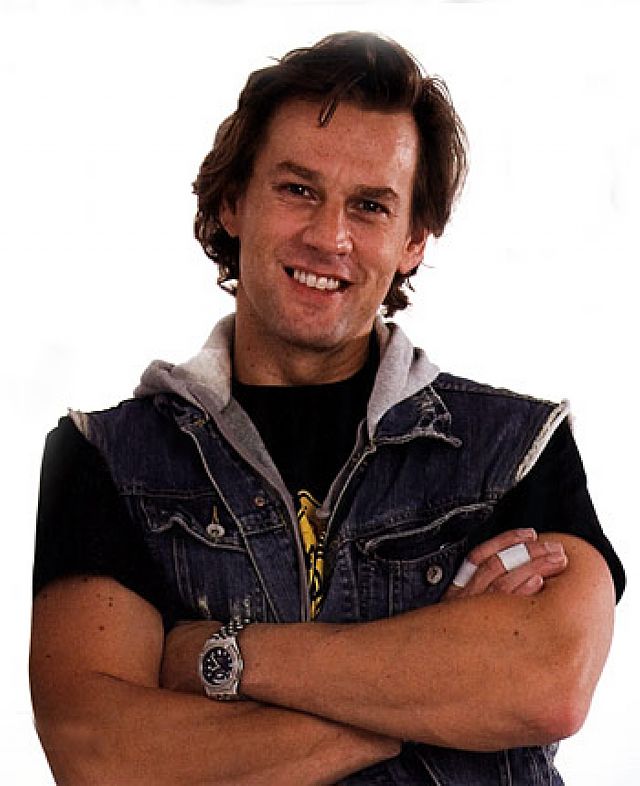 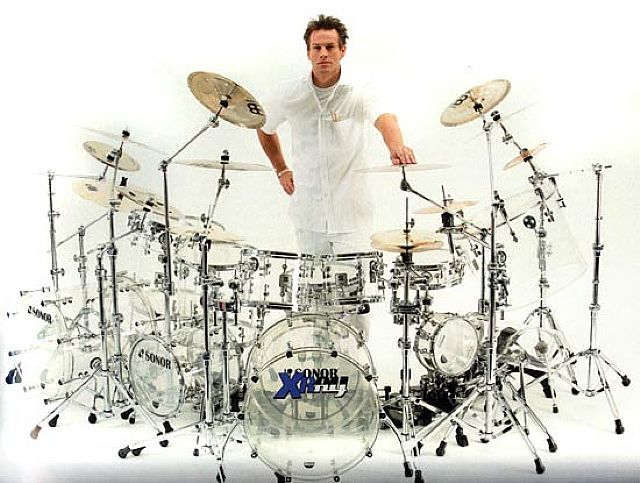