NICK WOUD was born 9th of April 1955. After the Gymnasium he studied Percussion and Timpani at the Amsterdam Conservatory of Music with Jan Labordus and Jan Pustjens, both of the Royal Concertgebouw. From the age of 18 he performed in the Concertgebouw Orchestra, the Netherlands Chamber Orchestra and all major Dutch orchestras. At the age of 22 he joined the Netherlands Radio Philharmonic Orchestra (conductor Edo de Waart) first as percussionist and in 1984 as Principal timpanist. In May 2002 Nick Woud won the auditions and joined the Royal Concertgebouw Orchestra Amsterdam, sharing the position of Principal Timpani with Marinus Komst.
Brought up in the Amsterdam School of Timpani, Nick has always used drums with calf heads and a setup in the Dutch/German way. Since 1975 he has been interested and playing baroque timpani in such ensembles as Gustav Leonhardt Consort (the first Bach cantata recordings), Netherlands Bach Vereniging and Bach Collegium Japan.

As a tutor Nick was connected to the Hilversum and Utrecht Conservatory of Music. For the last 14 years he has been Senior Tutor for timpani at the Percussion department of the Amsterdam Conservatory of Music. He published 3 timpani methods and as composer several works for brass instruments in various settings and for timpani and percussion. He also composed music for radio and television.

His interest in the technical side of the timpani resulted in a long term relationship with Adams Musical Instruments as advisor and endorser (since 1977). The development of Adams timpani have been made in close contact with Nick as a performing consultant. From the start of this relationship all types of Adams drums have been tested and experimented with in their rightful place: the large Symphony Orchestra and played upon by a professional in the many large concert halls of The Netherlands as well as being recorded for Radio and CD. Nick's timpani mallets are used all over the world by many great players.
As a soloist Nick Woud performed with his colleagues of the Netherlands Radio Philharmonic in the " Manhattan Concerto" by Siegfried Matthus and in " From me flows what you call time" by Toru Takemitsu. With the International Wind Band, during the World Music Concourse Kerkrade, he performed Gordon Jacob's Timpani concerto.
For many years Nick Woud coached the percussion section of the Dutch National Youth Orchestra as study leader for this ensemble and the NJO Summer Academy. 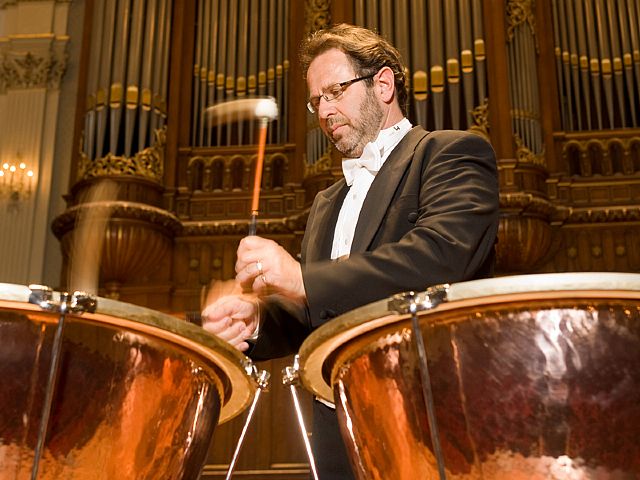 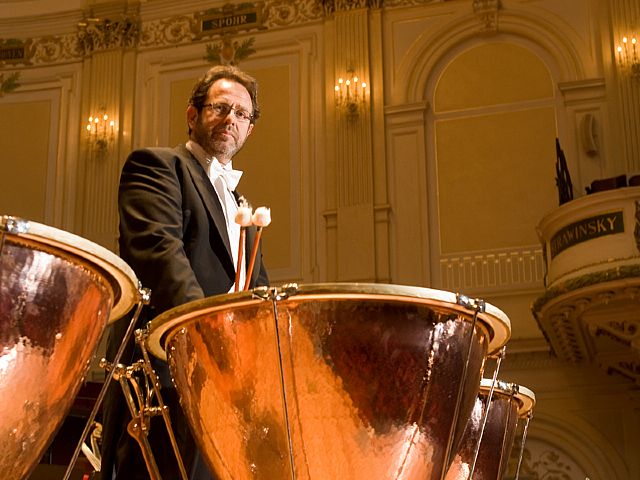 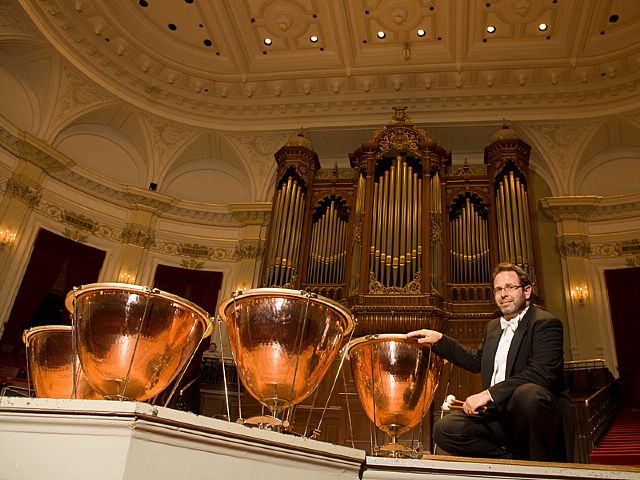 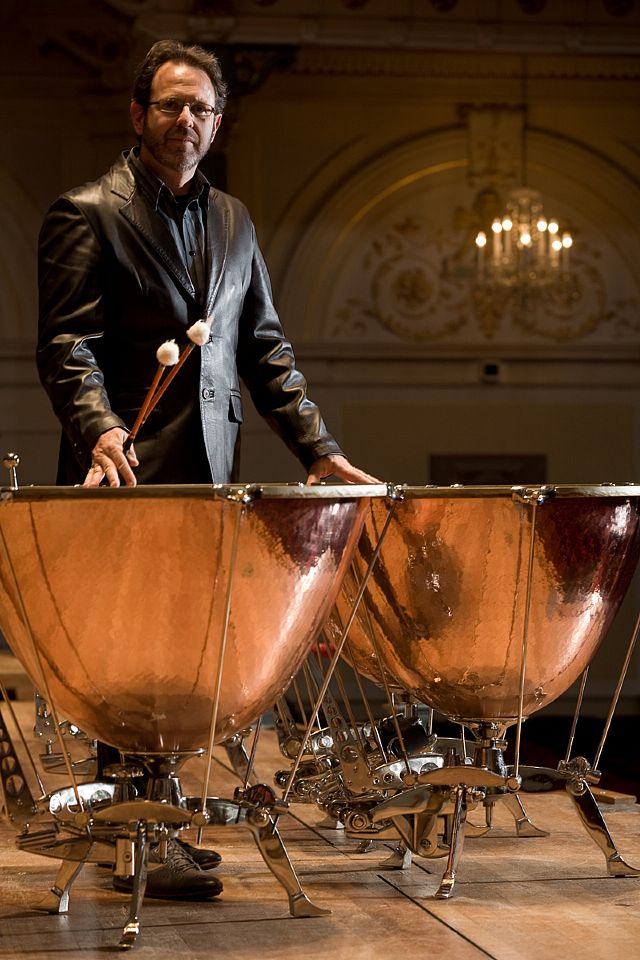 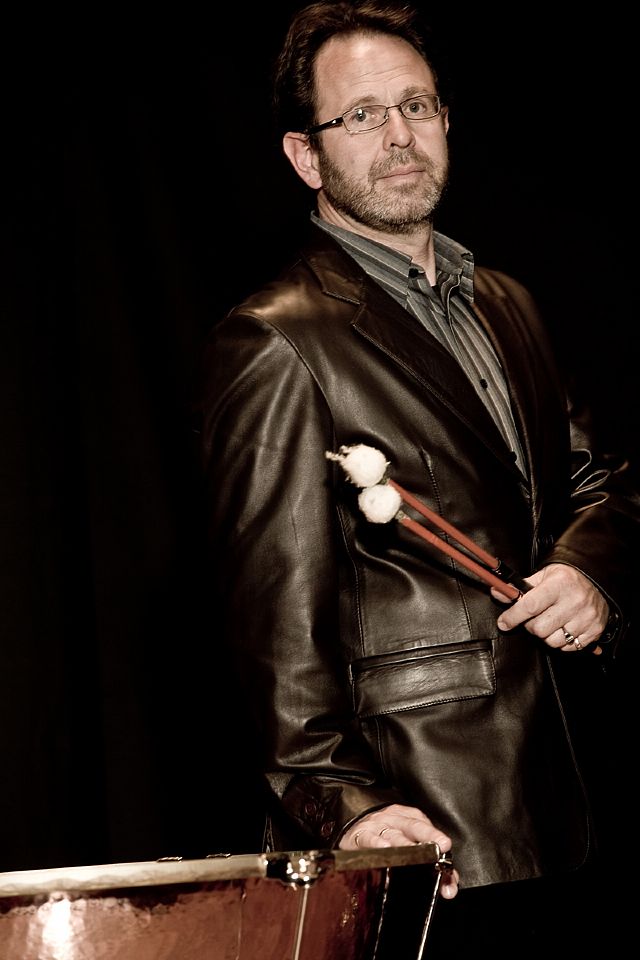