He is the solo timpanist of the Valencia Orchestra since March 2002.
He was born in Xixona in 1975 where he began his musical studies. He continued his training at the Conservatory of Music Oscar Esplá in Alicante, winning two special awards and finishing his career with high honors. He studied for a further three years with the solo timpanist of the Berlin Philharmonic Orchestra, Rainer Seegers, and one year in Monaco with the Monte Carlo Orchestra timpanist, Julian Bourgeois. 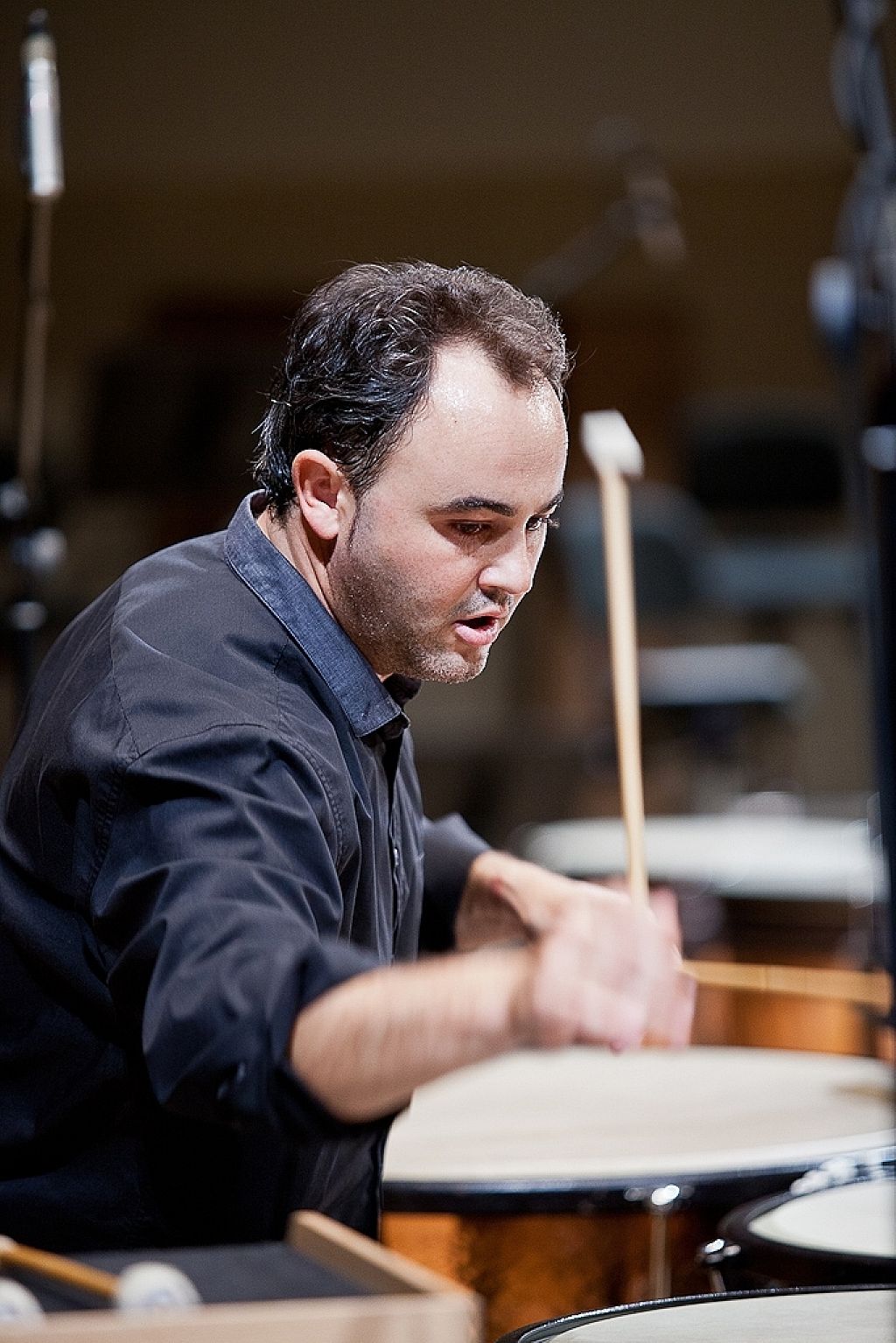