Deep Purple's Ian Paice is one of hard rock/heavy metal's early standout drummers, and influences countless other skinsmen in the process.

Born on June 29, 1948 in Nottingham, England, Paice started off playing violin before switching to drums at the age of 15. From the mid- to late '60s, Paice played in a variety of obscure local bands, including such names as Georgie & the Rave Ons, the Shindigs, the MI 5, the Maze, Soul Brothers, and Boz, as well as future guitar hero Albert Lee. It was while playing with one of these groups in Hamburg, Germany that respected session guitarist Ritchie Blackmore took note of Paice and arranged the drummer to audition for his group, Roundabout, in early 1968. Paice got the gig, as Roundabout soon transformed into Deep Purple, along with additional members Rod Evans (vocals), Jon Lord (keyboards), and Nick Simper (bass). It was this lineup that recorded such albums as 1968's Shades of Deep Purple and Book of Taliesyn, plus 1969's self-titled release, but aside from scoring a massive worldwide hit with "Hush," this early lineup of Purple failed to truly ignite.

Both Evans and Simper were excused from the band shortly before the dawn of the '70s, replaced by Ian Gillan and Roger Glover, respectively. The new lineup got off to a rocky start with the experimental Concerto for Group and Orchestra, but soon after, it was this version of Purple that would be considered the group's definitive one.  Along with Blackmore's fluid guitar playing and Gillan's vocals, it was Paice's powerful drumming that served as an important ingredient to Purple's new harder-rocking direction. Over the course of five albums, 1970's In Rock, 1971's Fireball, 1972's Machine Head and Made in Japan, plus 1973's Who Do You Think We Are, Deep Purple became one of the world's top rock bands, but a grueling touring schedule and interband friction led to Gillan and Glover's departure.

Between 1974 and 1976, numerous lineup changes occurred, with Paice and Lord being the only original members  left in attendance. Four more albums appeared during this turbulent time (1974's Burn and Stormbringer, 1975's Come Taste the Band, and 1976's Made in Europe), before Purple was finally laid to rest.

Throughout his tenure with Deep Purple, Paice indulged steadily in session work, playing on albums by such artists as the Velvet Underground, Eddie Hardin, Pete York, Elf, and Bobby Harrison, among others. With Purple now dormant, Paice was allowed to play on even more artists' recordings during the late '70s and early '80s, including releases by Maggie Bell, Kirby, Bernie Marsden, and Ken Hensley. Paice also accepted several invitations to join bands full-time, as evidenced by brief stints in the trio Paice, Ashton & Lord (1977's Malice in Wonderland), Whitesnake (1980's Ready an' Willing, 1981's Come an' Get It, and 1982's Saints and Sinners), and Gary Moore's band (1982's Corridors of Power, 1983's Victims of the Future, 1983's Rockin' Every Night, and 1984's We Want Moore!). Rumors of an impending re-formation of the classic Gillan/Glover Deep Purple lineup had been surfacing for several years by this point, and in 1984, the reunion was finally confirmed. The same year saw a new album by the quintet, the surprisingly strong Perfect Strangers, as well as a sold-out supporting tour. Unfortunately, it didn't take long before the same old problems that broke up the band initially appeared once more, as the lineup only managed one more release, the lackluster House of Blue Light, in 1987.

1989 saw Paice drum on several songs recorded by ex-Beatle George Harrison for the soundtrack to the movie Lethal Weapon II, before returning back to Deep Purple. Purple continued on throughout the '90s, with such further releases as 1990's Slaves and Masters, 1993's The Battle Rages On, 1996's Purpendicular, and 1998's Abandon, despite continued lineup juggling. In 1999, Paice had the opportunity to play alongside another ex-Beatle, Paul McCartney, on the mostly covers outing, Run Devil Run, as well as the live home video/DVD, Live at the Cavern Club. Paice has also recorded a few instructional videos for fellow drummers over the years, including an episode of the '80s TV program Rock School, and in 2002, the DVD Not for the Pros. 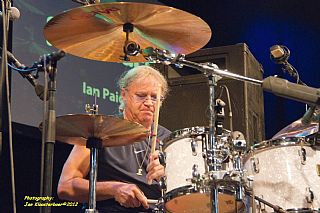 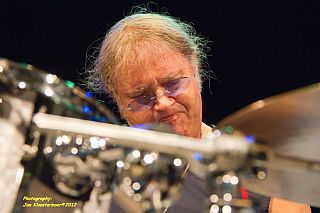 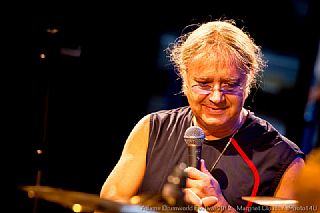 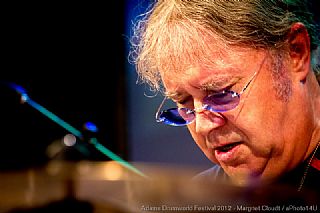 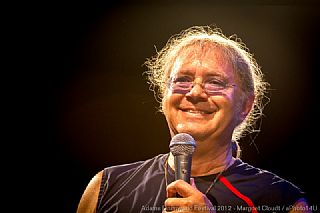 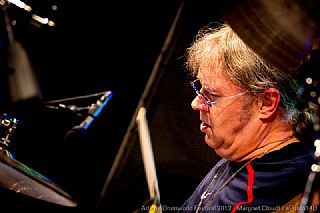 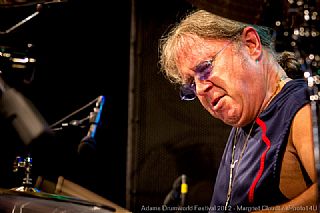 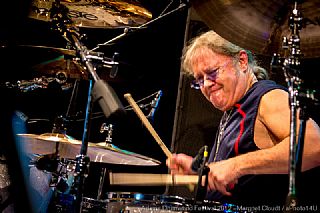 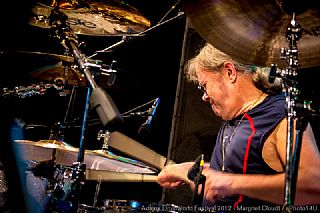 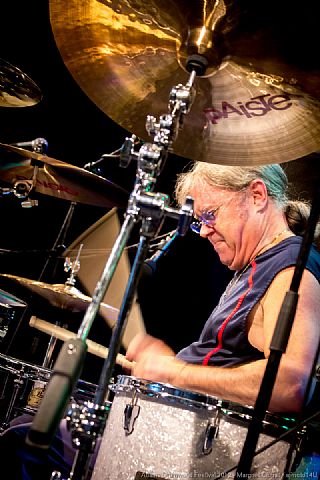 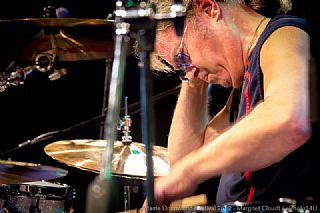 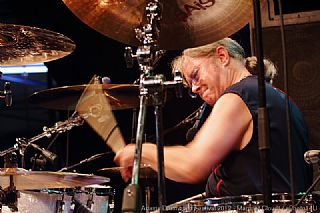 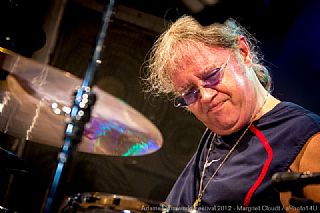 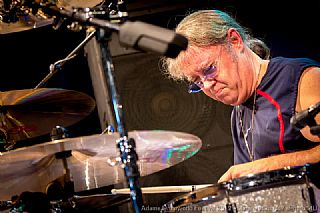 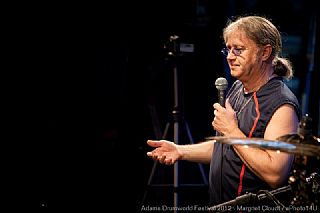 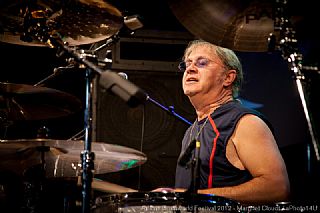 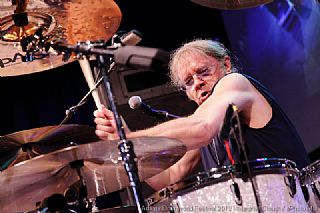 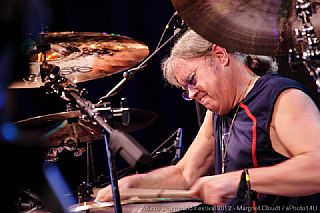 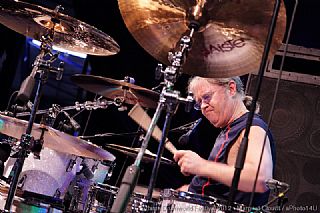 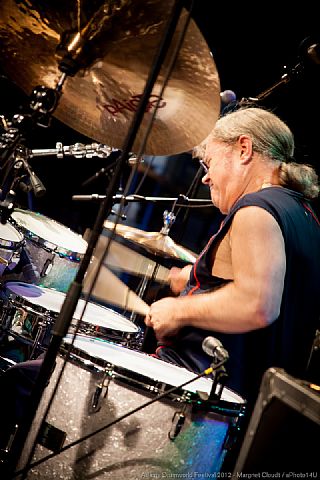 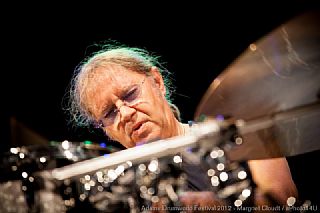 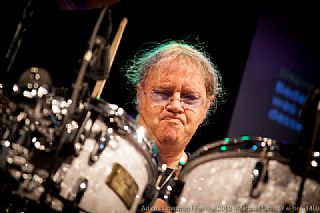 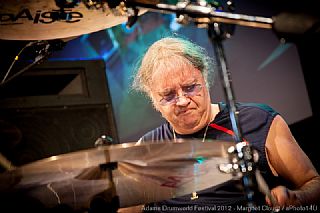 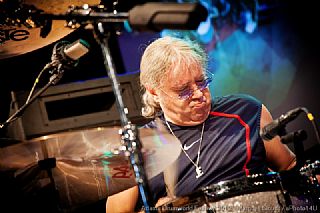 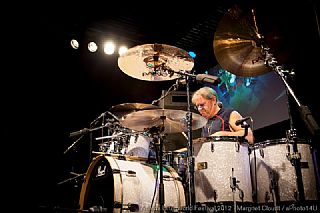 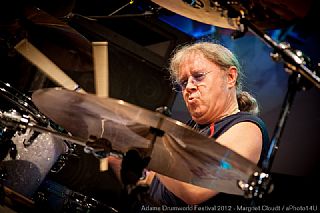