Began as a demonstration duo at the Frankfurter Musik Messe in 2005. Demo tours since then in Asia (Japan, China, Indonesia) and Europe (Germany, Scandinavia and Russia)

Producer/founder of SquarElectric, a duo project together with Belgian DJ/Producer Steven

David started out as a young winner in two Roland music competitions, ranging all the way back to 1998 and 2000. Today he designs music and sounds for several Roland products and tours around the world with his trademark breakbeat-mix sound, to show everybody how the products are supposed to be used. He has extensive experience in most musical styles (everything from hard electronica to hip-hop and Rn'B), and is also a lead singer/rapper in several bands.

video's of their Japanse tour 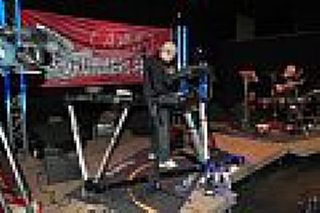