Marc Smitt, born and raised at Diest/Belgium, got his classical training at the local music school during 1971-1975, studying piano,drums & melodic percussion. Joined School of Arts in Brussels during 1976-1978, followed by a 2 year specialized school for Trade. Joined the famous Swiss based cymbals,sounds,gongs company "Paiste" in 1984 as their Belgian Percussion Specialist. Marc perfectly managed to combine his company activities and being a band member of diverse Belgian pop & rock acts, as well freelancing as drummer/percussionist for other Belgian Artists.
In 1994, Marc Smitt decided to walk new musical roads, missing the "adventure" & originality" in pop/rock music during mid nineties.

1996: after a series of try-outs, Marc sets his goal to create a full solo performance event by only using a variety of drum and percussion set-ups, combining "old world" instruments, blending with sophisticated digital triggered sounds, having all a very different nature. Marc basically developed his now popular "Night of the Drums" repertoire from his in-store music shop seminars & clinics, also using here a completely different format than the usual "Fusion-style" minded music used to exite the drumming community. Do note that Marc performed over an 18-year period moreover than 500(!) these kinds of workshops , throughout the Benelux, Germany, Switserland, UK & US.
"The Night of the Drums" nowadays features a more than 2 hours lasting show, featuring powerful, enchanting percussion music performed by Marc Smitt with a tremendous, physical and cultural intensity. Specially produced or remixed soundtracks, samples & sequences used for these performances, carefully chosen, covering multicultural grooves from all over the world. Marc perfectly blends his hypnotic resonant Tribal Drumming style with great belief that Trance-inducing percussion music can uplift any person.

More facts:
1997-1998: Marc performed on app. 60 venues, while most of them where even on very special territory locations, in- & outdoors. and most of them where even presented in Stereo surround!
During these events Marc gained himself a loyal amount of audience following him where possible. Actually, even today, every NOD venue is a slight different one, by adding new themes and elements or presenting them in a different format.

1999: After working for a couples of months on new material, Marc's new tour took off in Germany, where he was requested and invited to do a very special performance with Italian firework Artist Paolo Buggiani, celebrating "800 years Rendsburg". Whilst Buggiani was enlightening the 70 meters high railroad bridge crossing the Nord-Ost channel, Marc executed his specially created 25-minute percussion score, featuring the 5 different themes Mr. Buggianni had in mind, visualising simultaneous, on a stage nearly 1 Km from the bridge performing his "Bridge in Flames" composition for a 50.000 people crowd. Definetly one of the highlights in Marc's longstanding drumming career. The Tour continued with a number of performances organised by the renowned KIC Art organisation who are based in Budelsdorf/Germany, who where longer impressed by Marc's stunning performances. During one of the park concerts KIC's Founder Mr. Hans-Julius Ahlmann, suggested to team up for that evening gig with Hamburg Artist Nicole Baumer (aka Lucy Lou). Baumer who gained herself a great international reputation in acrobatics,fireworks, joggling,mimics,pirate acts & choreography joined on a purely improvised base on Marc's Tribal Drumming...and from moment one that great chemistry between Marc's & Nicole's solo acts was there!! It took the audience so complete that Baumer & Smitt were immediately booked to do additional concerts together.
When Nicole came over to Belgium early 2000 for a 3 month period training at a Brussels circus school, Marc & Nicole worked out several new themes, trying them out on several gigs at the Belgian clubcircuitry, finally compiling a great full show together. Everywhere were Marc & Nicole go now they certainly leave an astounding audience, who are loving the unusual combination of a great percussion music event, enhanced with spectacular fireworks, mimics,joggling & choregraphic creations.

Due to the fact that both Artists schedules didn't fit together, Marc continued with additional solo concerts for "Brussel 2000-European Cultural Capital". One of them were a series of 4 30-minutes miniconcerts who took place at the Brussels Central Station(!). These specially created performances (several adaptions from the NOD event got integrated) dragged so many people into the Central Station that absolutely everything got blocked! Marc received 3 standing ovations, while for most people,coming from all over World, it was their first time they ever heard or seen anything from "The Night of the Drums"! The news was captured by a TV1 broadcasting team who where filming all over Brussels for the documentary, that they dropped their initiary and came right over to Central Station filming the last 20-minutes of Marc's gig. That footage was often used throughout several TV1 and Canvas broadcastings.

Another memorable gig was Marc's solo concert "Spheres in Hemispheres" exclusively on Gongs at the prestigious PSK Brussels. Appr. 800 people came to see it and even the Press were stunned by it. Marc got himself surrounded by a variety of gong models & sizes on stage, unleashing unheard moods & sounds in seamless themes, climaxing onwards a 50" size gong! Marc performed this unusual work again during "Percussion Night 2001", taking place at Cultural Centre "'T Getouw/Mol" where he was a Guest performer & at the Adams Drummersfestival.
We also like to highlight Marc's performance at "Vredesfeesten" Sint-Niklaas(B), beginning September 2001, where he played in front of 14.000 spectators, accompanied by Percussionist Menno De Bruin & about 350 djembe & percussionplayers.

2002: Marc decided earlier 2001 to fully concentrate on his musical projects. "Night of the Drums" became a full scope show featuring Nicole's additional artistry. A whole range of concerts, published under "The Night of the Drums - Earth & Fire" Event is now in the works already running until end of 2004. For now, the shows will be seen throughout Germany, Netherlands , Belgium.

During 2002 Marc re-created a spin-off "Dance with the Drums", where he makes solo performances again or in conjuction with percussion companion Menno De Bruin(NL).

Beside some session work as a Drummer or Percussionist, Marc can also be seen as the touring drummer for new upcoming band TURBO POP or with new Flemish band McNOGES adding tasteful percussion sounds to their music.

Marc also gladly makes guest performances, adding some NOD-themes at Menno De Bruin's WWF event "DRUMS FOR NATURE, NATURE FOR DRUMS". These occasionally events, greatly led by Menno De Bruin, can be seen throughout theatres or open-air at the Netherlands or Belgium. Alongside Marc and Menno, 100 percussion players, dancers, capoera artists and an Irish folk band complete the show. Big fun here! Their last show at the prestigious "Scheldetheater" at Terneuzen (NL)-800 seats- was in no time sold out!

Finally, since October 2001 Marc loves conducting Drum circles & Percussion initiation workshops in a popular format throughout the Benelux, Germany & by next year France and probably the UK. These workshops can take place at schools, cultural centras, dance trainings, festivals, parks or whatever the Organiser feels like. People from all nations (no matter where, Marc speaks fluid 4 languages), professions & yes...musicians of all kind can enjoy these courses, where ever announced. These workshop sessions are most of all big fun, stress relieving and empowering by Marc Smitt as their stimulating Host.

2003: This year features for Marc a lot of Recording obligations. A diverse range of Percussion CD's are in the make wich emphase mainly Marc's own compositions wich took a bit time to complete but yet ready to record. Marc also prepares for recording the long awaited " The Night of the Drums - Earth & Fire" CD, with first basic recordings taking place during September 2003. The increasing demand for his Percussion workshops Marc gladly embraces as he feels it constantly inspires him creating new multicultural rhythms. An unfortunate private satback made Marc taking a month off from working during July 03. Marc's Management The Big Beat started meantime negotiating with some large Booking Agencies showing big interest in "The Night of the Drums". Alongside with his Webmaster, a new Website for his "The Night of the Drums" has been recently set up on line: www.nodevent.50megs.com .

2004:  This year featured a lot of Percussion workshops & Business Events throughout the Benelux. Lots of creating & composing new Percussionthemes for 2006 theatre productions. Dance with the Drums got re-designed and now founded THE SOUND OF DRUMS.

2005:  continueing with a whole range of Percussionworkshops & Business Events (wich we love to do!). Preps for Percussion CD's & a 1st Percussion DVD Production. Joining since Feb new PopRock formation Anaphonic where we make 5 concerts with. Since August we'd joined the Angelina Kievskaya Live Band. Good prospects with this very talented Artist. Here we make large size appearances with on BelfortRock Aalst en WetthraRock. End of September we will record a Live Concert DVD at Intermezzo Theatre/Lede, making a Showcase Concerts afterwards for Record Companies, Concert Promotors & Press. Angelina's first CD will be a double one. The second one are the Acoustic versions and here we will record and play on Percussion. Angelina is also featured now on our Sound of  Drums Concerts enhancing our themes with magnificent choreography. 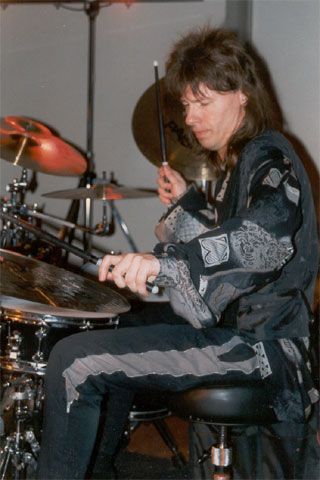 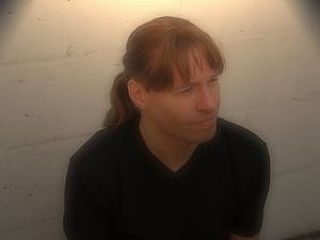