Rod’s professional music career began as a founding member of the groundbreaking group the Dixie Dregs when, as a student at the University of Miami in Florida, he met Steve Morse, Andy West and Allen Sloan. The university was a hotbed of musical activity during this period, playing host to brilliant future talents like Pat Metheny, Jaco Pastorius, Danny Gottlieb, T Lavitz and Bruce Hornsby. Playing under the official Studio Music and Jazz curriculum title of Rock Ensemble II, the Dregs honed their fusionesque chops. It was here that the band recorded its classic Great Spectacular album now available on CD.

The Dixie Dreg’s music combines rock, jazz, bluegrass, folk and classical influences into rich, ever-changing tapestry of sound. All the while, Rod’s drumming weaves its way seamlessly and colorfully through this swirling musical landscape.

His unique, dynamic and musical drumming style has led to Rod’s winning the Best Progressive Rock Drummer award in Modern Drummer Magazine’s Reader’s Poll 5 years in a row (1986-1990) and Best All-Around Drummer (1999), earning him a permanent position in the magazine’s prestigious Honor Roll. The Dixie Dregs, whose last 6 recordings have each received Grammy nominations for Best Rock Instrumental Performance, are best described in the following Philadelphia Inquirer concert review, “The Dregs have their own unique language and style familiar to bluegrass and country music, refined with classical finesse and delivered with high-powered technology and rock energy. The band is possible the most important, and certainly the most technically advanced, instrumental group in progressive fusion.”

When the group temporarily disbanded in 1983, Rod joined forces with Steve Morse who, along with bassist Jerry Peek, formed the Steve Morse Band. Rod remembers, “One of our biggest breaks came when we had the opportunity to tour for 3 months with Rush on their 1985-1986 Power Windows tour. I felt a surge of popularity, both as a band and as a drummer, as a result of performing night after night in sold out arenas packed with appreciative progressive-rock fans. And it was more than obvious that many of them were drummers.”

The Steve Morse Band recorded two albums, at which point Rod found himself at a crossroad in his career, as Steve Morse joined the reforming group Kansas. “I was ready for a musical change and to try something both new and challenging.”

Within a year of moving to New York City in 1986 after living in and around Atlanta, Georgia, for the previous 11 years, Rod met Kip Winger and Reb Beack, namesake and lead guitarist of the as-of-then-non-existent band Winger. “Kip and Reb had been writing and recording demos and forever being rejected by record labels. I met them at a point in their lives where they were completely driven to get signed. Nothing could shake their determination. We got together and jammed, hit it off, and two months later they called to say they got a deal and to see if I’d be interested in doing the record.”

The rest is history! Their self-titled debut album in 1988 sold over two million copies worldwide, earning the band a platinum album in the U.S. and gold albums in Japan and Canada. It also led to an American Music Award nomination for Best New Heavy Metal Band. This album was followed by In the Heart of the Young and, once again, platinum and gold awards were in the offing, coupled with non-stop international touring.

The band ceased activities in 1993 after touring for the highly acclaimed Pull recording, as dramatic changes were taking place in the music scene. Alternative music had replaced metal as the accepted music of the day.

And so, Kip Winger set out to record his first solo album, This Conversation Seems Like  Dream (1997), a dramatic departure from the first three Winger recordings, drawing heavily on world percussive rhythms, dark imagery and heavy grooves. Rod recorded the drum tracks for this album and the more recent Songs From The Ocean Floor (2001) at Kip’s home studio in Santa Fe, New Mexico.

1997 also saw the self-titled debut release by the Rudess/Morgenstein Project, an instrumental progressive power-duo, featuring Rod and Dream Theater keyboardist extraordinaire Jordan Rudess. The seed for this project was planted one evening on the Dixie Dregs 1994 Full Circle tour in Fort Lauderdale, Florida, when a sudden power failure shut down the guitar, bass and violin rigs. For whatever reason, the keyboards remained unaffected. And what followed was a blistering, 10 minute drum/keyboard power-duo jam, which brought down the house. It was that evening’s events, which inspired Rod and Jordan to form their “small in numbers yet mighty in sound” band

Other on-going projects that Rod is involved with are jam band Jazz Is Dead which features creative improvisations of the music by the Grateful Dead. Members of JID have included T Lavitz, Alphonso Johnson, Jeff Sipe, Billy Cobham and Jimmy Herring, with an ever-changing line up. Another project is Platypus, whose two recordings feature John Myung (Dream Theater), Ty Tabor (King’s X) and Derek Sherinian (Planet X). The music is a mix of instrumental and vocal tunes that blend many different styles together. And offshoot of Platypus is Jelly Jam, a power trio featuring Rod, Ty Tabor and John Myung. Their first release is due out in 2001.

In addition to his recording and touring credits, Rod is very active in drum education. He is currently an Associate Professor of Percussion at Berklee College of Music in Boston, Mass. Also, his highly recognized instructional materials include videos, audio cassettes and books. His most recent offering is Drum Set Warm-Ups, touted as the definitive text for developing and improving all aspects of drum set playing. Additionally, Rod has been a columnist for Modern Drummer Magazine (U.S.), Rhythm Magazine (UK), Sticks Magazine (Germany) and is an international clinician and involved with product development for Premier Percussion (Rod Morgenstein Signature Drumheads), Sabian Cymbals (Signature Tri-Top Ride), and Vic Firth Sticks (Signature Sticks and Isolation Headphones), with whom he has been and endorser for many, many years.

Rod can be summed up in the following passage from a cover story in Modern Drummer Magazine: “You can see it in his face; Rod Morgenstein loves what he does for a living. Get him talking about drums and you’ll see those eyes start to crinkle as a warm, sincere smile spreads over his face. Get him behind a set of drums, and the same enthusiasm is evident in the way that he tears into the kit as though he’s been waiting for weeks to get at it. That’s not to imply that his playing is uncontrolled, because he is definitely in charge of everything that is happening on the drum set. It’s just to say that you never get the sense that Morgenstein has lost any of the initial excitement about
the drums that makes people become drummers to begin with.” 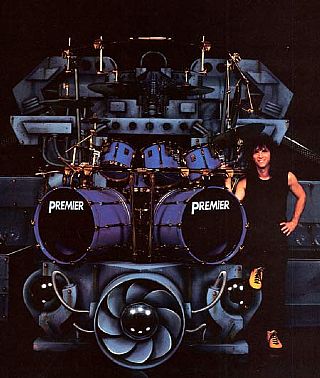 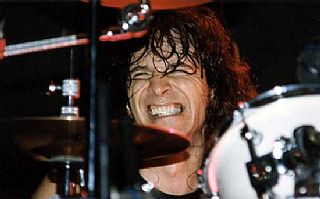