Marco, at 11 years old, joined a jazz trio which consisted of keyboard, bass and drum players. With that group, he got his first 'live' experience, bringing them DM 150 for each performance ! In 1987, he joined the Reggae band "Special Request" which had already made a name for themselves in northern Germany.

Marco's fame as one of the up-and-coming, extraordinarily talented drummers, reached all the way to Munich. The first 'cross-over' band "Freaky Funkin' Weirdoz" offered him a position as drummer in connection with a major deal with BMG-Ariola. At that point in time, Marco was just in the last months of his 'alternative military service' in Hannover, which was a potential drawback to his move to Munich. The commander and Marco's colleagues were in favor of his move - through their extra efforts, they cleared the way for his professional career to proceed! The "Weirdoz" were the originators of so-called 'cross-over' music which today, various bands unjustifiably claim as their own.

A highpoint for the "Weirdoz" was a gig with Nina Hagen on the album "Mao Mak Maa" where a fantastic cover version of Ian Dury's hit "Hit Me with Your Rhythm Stick" was created.

Marco was immediately booked to play a Nina Hagen tour. The successful collaboration with the "Weirdoz" ended in 1997 after Marco's having worked together on four albums: "Senseless Wonder", "Mao Mak Maa", Culture Shock" and "Hula".

Even while working with the "Weirdoz", Marco produced four albums with his own band "Illegal Aliens", with the titles of: "Thickness", "Red Alibis", "Time" and "International Telephone". Since then, there have been two solo albums: "The Green Mindbomb" and "Comfortably Homeless", which are more on par with his talents as a drummer. A significant part in this endeavor was played by Artemis as singer and co-composer of the songs.

Moreover, Marco could follow his passion for Jazz and Funk by playing with the "Wolfgang Schmid´s Kick" band. Schmid was ex-bassist in Dolinger's "Passport" and composer of numerous film soundtracks. Peter Wölpl was guitarist with Klaus Lage, among others.

Almost simultaneously, an engagement with the Top Ten 'cross-over' band "H-Blockx" came up on the album "Fly Eyes". During 1997-1999, they played over 200 gigs together. Meanwhile, Marco's reputation as a talented drummer reached beyond the borders of Germany into Europe and as far as North America. Prominent were solo workshops, for example, at the Frankfurt Music Fair, PASIC in Dallas, and a solo performance at the "Modern Drummer Festival" in Toronto, where Marco had the honor of being the first German drummer to display his talents there. This performance, in the eyes of professionals and music trade magazines, catapulted him into the Top Ten of the drumming world.

Clinic tours with the Trio of bassist Gary Willis (Simon Phillips, Alan Holdsworth) and Andy Timmons (Simon Phillips) as well as with bassist Doug Wimbish (Living Colour) and Paul Gilbert (Racer X, Mr. Big) received great attention. On the latest albums "International Telephone" and "Comfortably Homeless" the renowned T.M. Stevens (Joe Cocker, Tina Turner, Billy Joel, Steve Vai) played bass and sang. He made himself available to be at Principal Studios, despite an overflowing calendar of engagements! Under the working title "Braindead", a partial reunion of the "Weirdoz" (Werner RIF KIF and Marco) is being recorded with Artemis as singer. There is a great deal of interest in this project on the part of several recording companies. 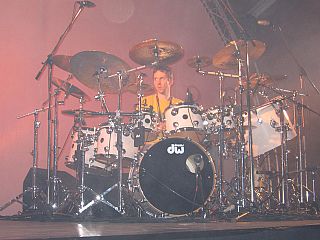 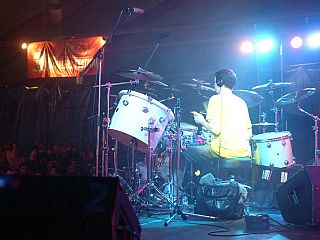