Mel Gaynor was born on the 29th May 1960 in Balham, South London, UK. With a mix of Brazilian, English and Jamaican blood, Mel is a true international artist.

On leaving school he started his first tour with The Flirtations. He also joined Gonzales and his first band involvement with Birmingham band Muscles.

Starting to record on the Brit funk scene in the 80's with bands such as: Lynx, Central-Line, Heatwave and as a member of Light of the World. Mel has played along top acts such as: Elton John, Tina Turner, Samson, The Associates, The Pretenders, Robert Palmer and many more.

As wel all know he's a band member with Simple Minds and Light of the World, along with beginning his adventures as a solo artist.

Mel Gaynor got into the network of clinics and masterclasses. Among his activities and all the styles, he's been playing along the years, Mel is exploring  new dimensions with his new band, The Fusion Project, created with a French keyboard-player: Stéphane Deriau-Reine. 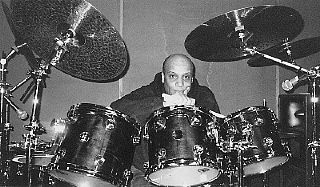 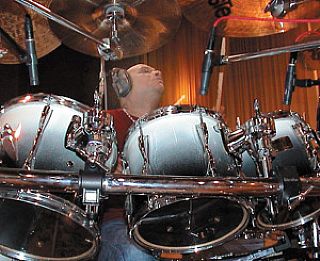