As a clinician René has shared the stage with such drummers as Steve Gadd, Terry Bozzio, Dave Weckl, Steve Smith and many others. René Creemers is considered to be one the world´s best drummers by his colleagues, critics and music lovers alike. His many clinics at home and abroad only confirm this status. Highlights include the Drummer Meeting in Koblenz of 1991 and 1994 (which earned him a standing ovation); PASIC, Phoenix, 1995 (another standing ovation); PASIC, London, 1996. In February of 2000 René co-founded The Drumbassadors together with Wim de Vries. Today they are playing across the world and their concerts are visited by many drummers and not-drummers as well. Their highlight: Performing at the Modern Drummer Festival Weekend 2003 in New York. In 2002 they shooted their first dvd "Drumbassadors volume 1".

As a teacher René works at the Arnhem Conservatory and the Tilburg Rock Academy in Holland. He is a regular guest teacher at the Drummer´s Institute in Düsseldorf, Germany. 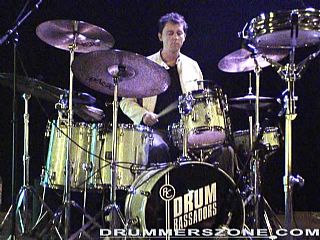 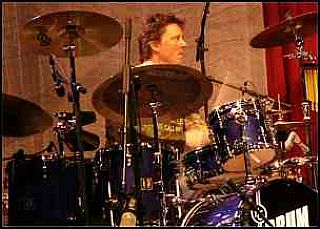