Blackwell Jr., the sound, funk and fury behind Prince and the New Power Generation is a spectacle for the eyes and ears. Blackwell’s slamming tight grooves, popping snare and furiously flamboyant drumstick twirling and cross-arm strokes must be seen to be believed.

Blackwell, born in Columbia South Carolina, was raised in a very musical family. John’s father, John Sr., was a very well known professional drummer who performed with acts like The Drifters, The Spinners and Mary Wells. John Jr. got his first drumset at age 3 and was brought to many concerts that came through South Carolina by his father. While in high school, John was playing in the High School Jazz and Marching Band while performing every weekend with the R&B/Jazz/Fusion group, Robert Newton & Lotusfete as well as with Billy Eckstine.

In 1992 John chose to further pursue his drum studies by enrolling into Berklee College of Music in Boston, Massachusetts. John kept himself extremely busy and created a strong buzz about him while performing as much as possible with many Jazz and R&B artists around Boston. John was also teaching students and performing drum clinics during his time away from college. John left Berklee in 1995 and landed the gig with legendary funk group Cameo who he played with for the next 3 years. In 1998 after his time with Cameo, John packed up and moved to Los Angeles, California. Blackwell was in LA for only 3 days when he landed the drum position for the legendary R&B Diva, Patti LaBelle. During this time John recorded for LaBelle’s Grammy Award winning CD, DVD and VHS, "Patti LaBelle-Live One Night Only". 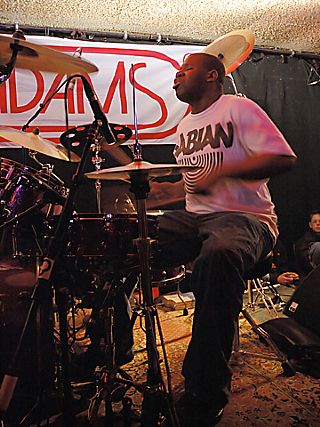 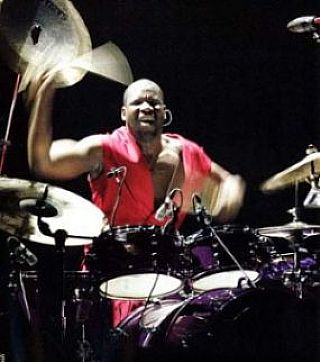