Gregg Bissonette is best known for his ability to play in a wide variety of styles. His credits range from the big band jazz of Maynard Ferguson to the hard rock of David Lee Roth to Britain’s loudest band, Spinal Tap.

After growing up in Detroit, Michigan, Gregg received his Bachelor of Music Education degree from North Texas State University (now the University of North Texas). While at NTSU, he played for three years in the famed “One O’Clock Jazz Band.” After graduation, he joined the Maynard Ferguson Big Band that already featured his brother Matt on bass. The band toured the world and recorded the Live in San Francisco CD. Gregg later moved to Los Angeles and that has been his home ever since.

During 2003 and 2005, Gregg had the “honor and thrill” of performing with Ringo Starr in promotional tours for the albums Ringo Rama and Choose Love. Gregg played on Larry Carlton’s and Steve Lukather’s CD No Substitutions, recorded live in Osaka, Japan, which won the Grammy for “Best Pop Instrumental Album” in 2002. He also played on  Santana’s Grammy-winning album Supernatural, including the tune “El Farol” which was named “Best Pop Instrumental” at the 2000 Grammy Awards.

Another highlight of his career was being invited to perform on the Buddy Rich Memorial Concert and video. In 2006, Gregg released the award-winning 2-disc DVD Musical Drumming in Different Styles (Hudson Music) and also has two other instructional videos, Private Lesson and Playing, Reading and Soloing With A Band. Gregg has two solo CDs, Gregg Bissonette and Submarine, that he did with his brother Matt. 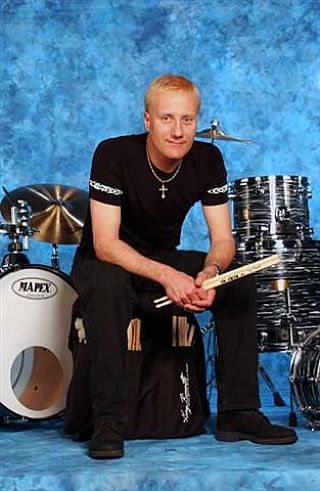