I wanted to be a drummer @ 13years and I worked 2 years every week-end to buy my first drum kit with 15years old. It was a PREMIER

We toured with EXCEL, WEHRMACHT, and MUKY PUP.

I decided to split with the singer DANNY M (DV8, ANGEL CREW) and than starts CHANNEL ZERO with FRANKY DSVD and XAXIER CARION from CYCLONE

Then start the story of CHANNEL ZERO... 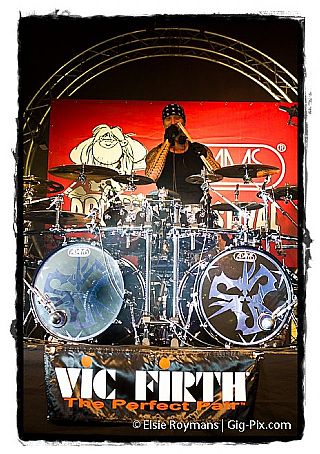