It is likely that Sir James's classes will take place online for security reasons.

If you want to play actively in this Class, enter the piece to play in the "Comments" field.
Sir James will then choose who will play. You will be notified two weeks in advance.

Globally renowned as the supreme interpreter of the classical flute repertoire, Sir James Galway is a consummate performer whose appeal transcends all musical boundaries.
With over 30 million recordings sold worldwide, extensive international touring, frequent television appearances, tireless promotion of the arts and his passionate work in music education, Galway has been a household name for decades.  His uniquely expressive interpretations of the flute literature span an extensive range of genres, from classical masterworks to high profile commissions, and provide the benchmark standard for all modern flautists.  He has also collaborated on film soundtracks such as The Lord of the Rings, and partnered such popular artists as Stevie Wonder, Ray Charles, Joni Mitchell and Sir Elton John.  The diversity of Galway’s repertoire reflects his impressive musical range, and has served to establish him as an artist of the very highest stature. 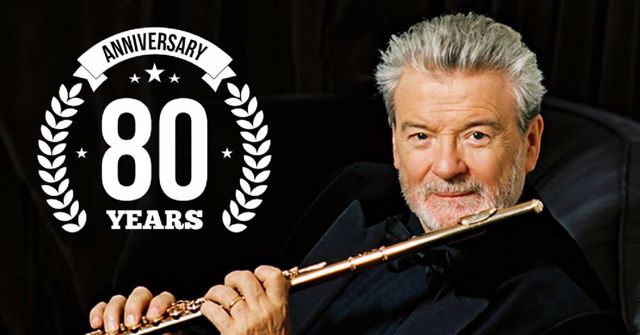