Since 2000, Gareth Davies is Principal Flute with the London Symphony Orchestra

Gareth Davies is one of the flautists of his generation. He  studied at the Guildhall School of Music and Drama. Shortly after graduating, he was appointed Principal flute in the Bournemouth Symphony Orchestra at the age of 23. During his time on the south coast, he recorded the Nielsen concerto with the orchestra. In 2000, Gareth was invited to become Principal flute with the London Symphony Orchestra where he has remained ever since. During his time there, he has played and recorded with many of the great conductors including Gergiev, Sir Colin Davis, Haitink, Previn, Jansons, Rostropovich and Boulez. A recording of a concerto by Karl Jenkins, written especially for him is available on EMI. He can be heard on many LSO Live recordings including Daphnis and Chloe and Prelude a l’apres midi conducted by Valery Gergiev, as well as many film soundtracks including Star Wars, Harry Potter, Rise of the Guardians and the Twilight saga. 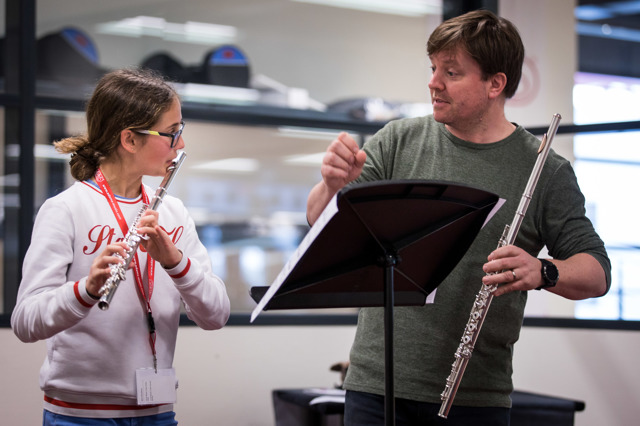