During his university time he took master classes from euphonium players Glenn Van Looy, David Thornton, Olivier Haas and Katrina Marzella. To improve his skills on the marimba he attended courses given by marimba players Eriko Daimo, Rebecca Kite and Miguel Bernat.

Next to his freelance jobs and projects Sam has the opportunity to play with a lot of orchestra’s, for example Opera Ballet Vlaanderen, La Monnaie, the Flemish conservatories, the military orchestras and the Euregion Brass Wind and Percussion. He also works as a low brass teacher and conductor of various school bands in the music academies of Torhout, Tienen and Diksmuide.

For a couple of years Sam played in Brassbands and became National Champion with Brassband Bacchus in first division in 2017, as principal euphonium of the band.

At this moment Sam combines his work with studying at Luca School of Arts to achieve a Master’s degree in Trombone, guided by Adams Artist Lode Smeets. 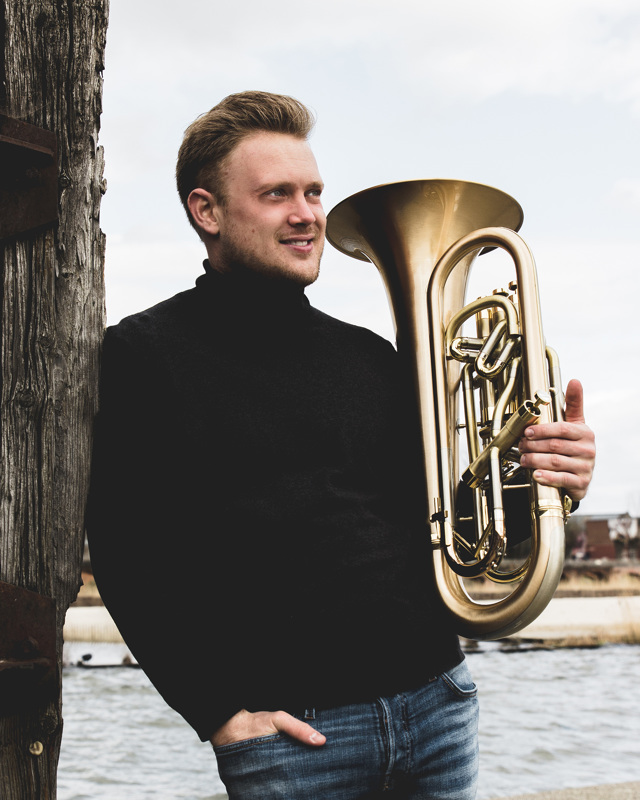 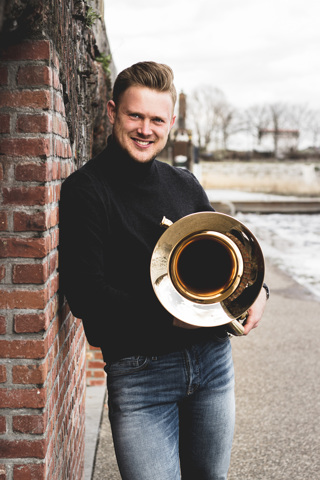 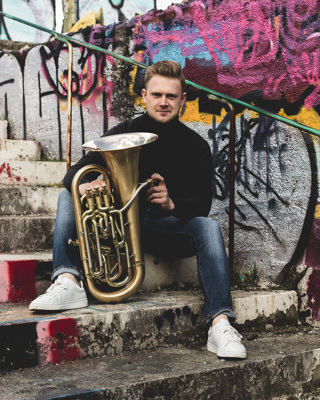 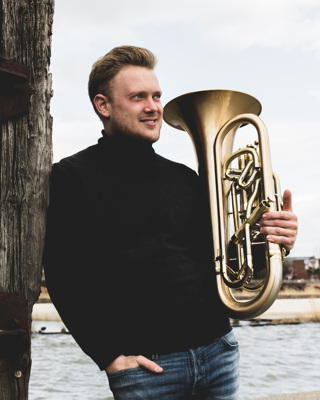