A Wizard Weaving Spells
To see David Jones in action is to witness a wizard weaving spells, a master at work achieving the seemingly impossible. His arms move in fluid Tai-Chi-like motions, his face is relaxed and transmitting his joy to the audience, and if you closed your eyes, you would swear there were at least 2 drummers on stage.

The Musical Drummer – powerful and dynamic
David is often described both here and abroad as being one of the most innovative and musical drummers in the world. His mesmerising drum solos are dramatic, humorous, surprising and powerful.

In the hands (and feet) of David Jones, the drum kit comes alive as a mini-orchestra, vaudeville act, rhythmic explosion and hypnotic trance-inducer, all in one. Using sticks, brushes, mallets, fingers, elbows, violin bow, dish-mops, toys, brooms and any percussion he can lay his hands on, David creates a universe of sounds, textures and rhythms that take you through different cultures, ages, moods and styles.

Imaginative, innovative, intuitive – an individual
David is a man with a unique musical vision. He draws from all aspects of his life and spirituality to create a powerfully individual, articulate and imaginative style.

With his "whisper to roar" dynamics, seamless technique and mastery of multi-layered polyrhythms, David is one of Australia's virtuoso musicians.

Relaxed, emotive, spiritual
David plays from a totally relaxed attitude of mind and body. He is an innovator and catalyst of energy, driven by a joyful spirit of play and emotional intensity.

David's music will move you, astound you, energize you, make you laugh, take you into your own world of feelings, and make you think and feel quite differently about drums and percussion.

Since 1985 David has enriched his sounds with the inner silence that he finds through meditation.

Solo Artist – mesmerising and explosive
David Jones is one of the world's great drummer/percussionists and one of Australia's virtuoso musicians. He is taking the art of drumming and percussion to a new level with his solo concerts.

At National and International Drum Events, David often receives a standing ovation for his mesmerising and explosive solos.

Wherever David travels throughout the world, audiences are blown away with his playing, and his reputation is rapidly spreading on the world scene. 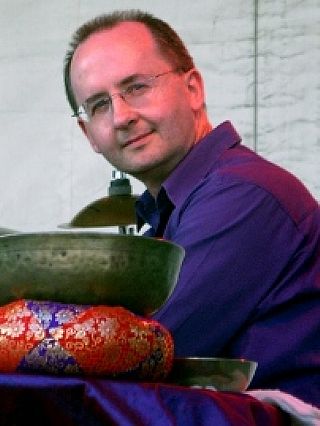 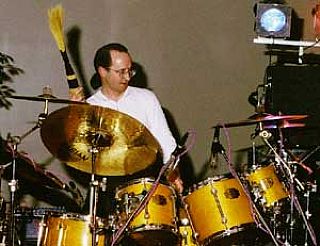