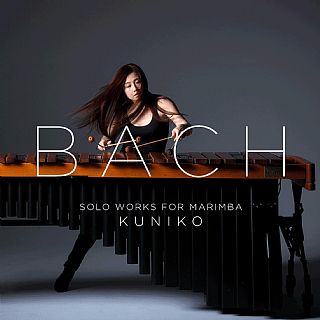 The 10th CD Shop Awards 2018 (Tokyo, Japan) have selected B A C H by Kuniko for this year’s grand prize in Classic Music Category; The grand prize was selected by 955 CD shop staffs from a pool of the albums released last year including domestic and international releases.

B A C H (LINN-CKD585) was out on the market in June last year as Kuniko’s 4th global release from UK based Linn Records. The Gramophone award winning label named B A C H the BEST OF 2017 as the best selling album of the year.

'I am rather happier to see the marimba album received such an award among huge classical releases in Japan from strings, piano and all other instruments. ‘ Kuniko.

Kuniko is now preparing for another album release in this fall, DRUMMING – one of Steve Reich’s signature pieces hugely popular among percussion community world wide. Kuniko multi-tracked all the parts alone and redefined its beautiful harmony and phasing with her full controls and explicit interpretation.