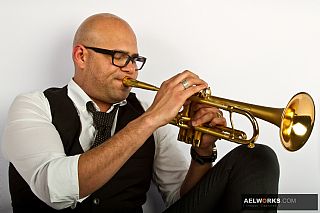 We are happy to announce that we are producing a limited edition of our A4 trumpet in celebration of the model’s 5 year anniversary! It was five years ago when the Cuban trumpeter Amik Guerra approached Miel Adams to craft a trumpet with hand for him.

Amik had very clear ideas about how this horn should sound, feel, and look like. The two friends spend hours and hours to develop the A4 trumpet, which became the absolute bestseller in the Adams Custom Series. Now, 5 years later, the company crafted five limited edition Anniversary Model of the successful A4 to celebrate this jubilee.

The 5th Anniversary Limited Edition horn has a gold brass bell with a 0,45 gauge and a large bore. The anniversary logo is engraved on the bell, and the initials of Amik Guerra are engraved on the valve block. The rest of the instrument has modern engraving. Please let us know if you're interested! 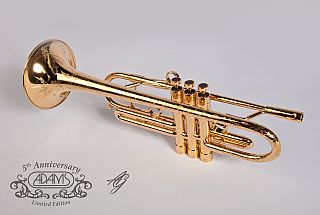 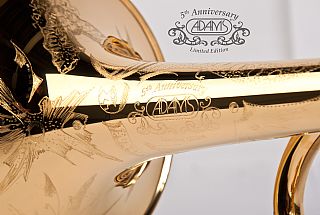 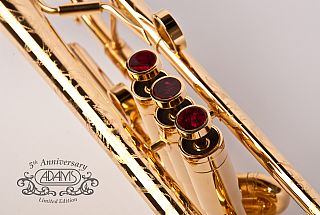 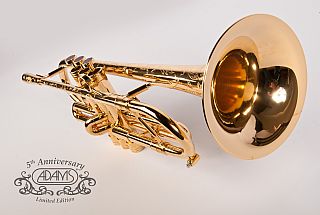 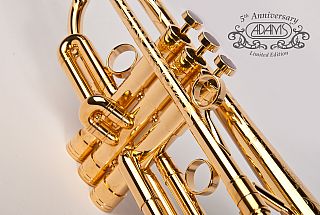 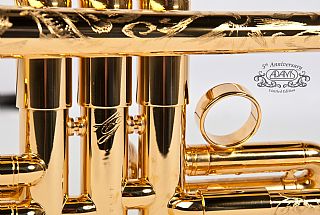 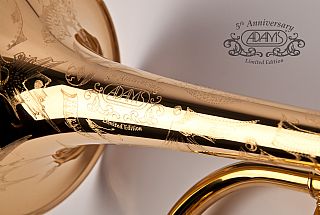 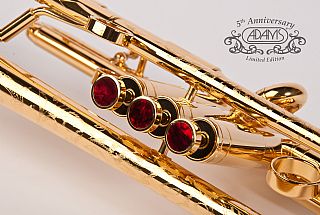 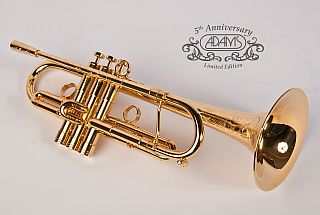 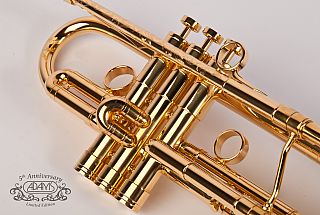