Richie Flores is one of the most respected conga players in the world. He was born in Brooklyn, New York, but raised in San Juan, Puerto Rico. Inspired by players like Tata Guines, Ray Barretto and Carlos "Patato" Valdez, Richie Flores started playing conga at 5 years of age.

Flores started playing professionally when he was 8 years old. His career was established as a premier percussionist while playing with Eddie Palmieri and other stellar Latin Jazz artists. At his late twenties, he had become a seasoned veteran and one of the most sought out percussionists on the Latin music scene. 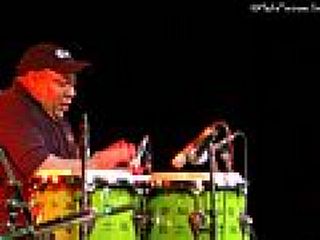