Marcus Baylor, a native of St. Louis, began playing the drums at two years old. Watching his cousin play every Sunday morning fascinated him so much so that after each service, he'd jump on the set and mimmick what he heard first hand. At home, he played on everything from pots and pans, to his mother's living room furniture. It soon became evident that this was a gift from God and should be taken seriously. Not long after, Marcus became the official drummer at his father's church. From that point on, he played at tent revivals, concerts and all services affiliated with the church. "Playing at church was the greatest start I could ever have because I constantly played and it served as a platform to develop a sound."

Marcus' introduction to jazz came in junior high school. Ironically, a friend played him a Yellowjackets record. Although different, there were certain similarities in their music and gospel, the music Marcus was so familiar with. But, something sparked in him the first time he saw jazz played live.What attracted him to this music was that it was something he never heard and found it to be a challenge, a new sound to develop. After scratching the surface, Marcus was eager to learn about those that came before them. He discovered Art Blakey and The Jazz Messengers, Thelonious Monk, Miles Davis, and many other jazz greats. As Marcus became more exposed to this music, he excelled quickly in the language of jazz. He joined his school jazz band, won the Southern Illinois University high school big band competition and made All District Jazz Band.

At the close of high school, Marcus was offered a four year scholarship at Mannes School of Music in New York City. This was his first chance to study the music from a traditional perspective. He was fortunate to study with some of his musical heroes, Lewis Nash, Chico Hamilton, Michael Carvin and Buster Williams. Being in New York City afforded him all that was available in the jazz world from being able to hear great musicians as well as play with them. During his sophomore year, Marcus began playing local gigs, one of which was with the music director for Cassandra Wilson, who invited him for an audition with the band. This was a significant turning point in Baylor's career as he recorded for the first time with Wilson on "Travelin' Miles", featuring the music of Miles Davis. "Playing with Cassandra, I learned to hear and play different textures, or 'colors' as she called it, and explore different dynamics." While on tour, there were many memorable moments as renowned artists sat in with the band. Among them were George Benson, Dave Holland, Regina Carter and Olu Dara. Meanwhile, Baylor earned his Bachelor of Fine Arts degree.

Following Wilson, Marcus began working with Kenny Garrett. He explains this opportunity as "a dream come true". For Marcus, this was a chance to open up and explore another side of playing jazz music. More than just a musician, Kenny was also a teacher and mentor. Working with him, Marcus gained a tremendous understanding of the history of rhythm, phrasing and ultimately a sound within the music. It also granted him an enormous amount of exposure as others heard him play and consequently opened up many doors. He recorded a song with Kenny on the album, "Happy People". Also on the road with Garrett, Marcus was exposed to playing with other greats such as Chick Corea and Freddie Hubbard. Independently, Baylor has worked with John Scofield, Joshua Redman (Elastic Band), Greg Osby, Cyrus Chestnut, Stephon Harris, Junior Mance, Nicholas Payton, Lamont Johnson and East St. Louis native, Russell Gunn.

As Marcus Baylor comes into his own, he has found himself in the chair of one of the longest running and most loved contemporary jazz groups. Marcus has been playing with the Yellowjackets since 2000. In that time, he recorded his first record with them, "Mint Jam", a live recording at The Mint in California, and "Time Squared". When asked what he likes most about being a part of the Yellowjackets, "The Yellowjackets allow me the creative space to lend my own personality to the music. It's been a blessing and a dream come true to play with a group that I've listened to for so many years." Concerning his future, Marcus adds, "Music is a special gift from God. As it has blessed me, I pray that it will be used as a light to reach, touch and inspire lives all over the world." 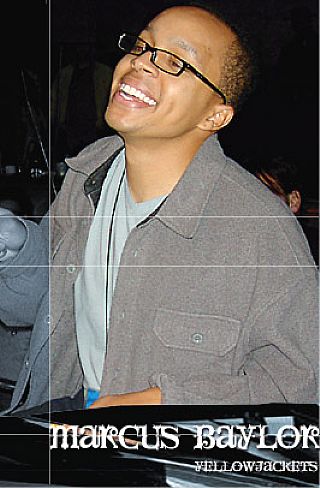 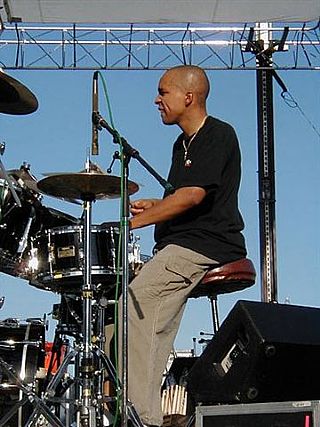 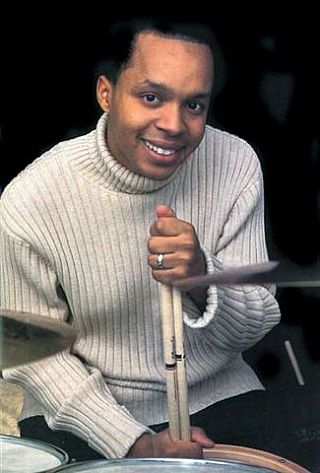