Rare is the drummer who is both influential and essential to a genre, but Billy Cobham is just that in regards to jazz, and consequently to music in general.

He got his start in 1968 with Horace Silver during which time he became one of the first percussionists, along with Max Roach and Tony Williams to utilize the Electronic Drum Controller. He then performed with Miles Davis displaying his ambidextrous drumming on classic recordings like Bitches Brew, Live-Evil and Jack Johnson. Following, he joined John McLaughlin in the Mahavishnu Orchestra where he became an influential force. In addition Cobham has recorded and performed the world over with the A-list of jazz and rock greats including Chick Corea, Tommy Bolin, John Scofield, Count Basie, the Brecker brothers and fellow percussionist Tito Puente. After stints of drumming in the service of the Grateful Dead, he toured with the all-star group Jazz Is Dead in the late 90’s. However, Cobham’s most notable offerings to fusion jazz are his own 35 recordings beginning with Spectrum, which was released on Atlantic Records in 1973 and reissued on compact disc by Rhino Entertainment in 2001 and also offered as a DVD-A audio disk.

Amid the re-release of Spectrum, Cobham has several projects in the works including Drum + Voice (due via Sony) and a range of educational tools he produces through his own company, Creative Multi-Media Concepts. Among the resources is a book Conundrum, which will be published by Warner Publishing, with a release date now slated for March 25th, and a slew of Music Minus One interactive CDs which feature selections from Spectrum, where the individual instrument tracks can be muted, so that the musician/student can play along, in essence filling in for any key member of the London Jazz Orchestra with whom this project was recorded. The experience is one that Cobham describes as "accessible and yet challenging". Other titles in the interactive collection include North by Northwest which spotlights contributions by Scandinavian musicians, and the Art of Three, featuring Kenny Barron and Ron Carter in a mainstream jazz presentation. The trio tested this idea throughout Europe in 2001, which was greeted with success, and launched the follow-up project, Art of Four, with Carter returning and bringing in Donald Harrison and James Williams. The results of Cobham's tutorial role, under the umbrella that he calls The Art of Jazz, will be available in the spring of 2002.

For the "Spectrum Tour", Billy has enlisted the talents of some of the best musicians in the business. Reprising his role on Bass is legendary bottom man, Lee Sklar. Lee was the bass player on the original recording. On keyboard is Gary Husband, an all-start keyboard player and drummer Dean Brown, who has worked with Billy, many times in the past.

As is the case with pioneers, fans that are generations removed find themselves seeking the roots of the music they currently appreciate. "People are always rediscovering", says Cobham. "If something has come about and they don’t know the foundation or the history of it, they ask themselves ‘Where’d that come from?’" In addition to the old-school jazz heads who will enjoy having Billy Cobham’s recordings in CD format, the new discs will enable fresh fans, young and old, to discover where he came from as well as where he is going and how. 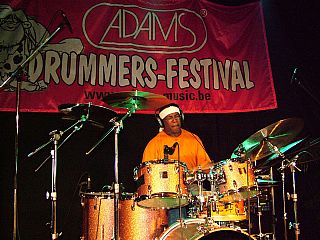 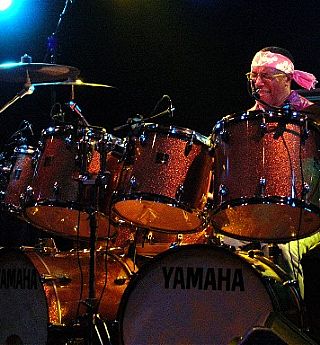 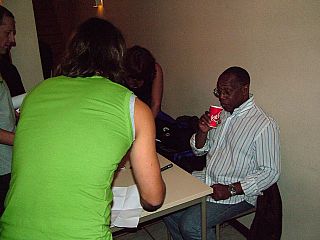 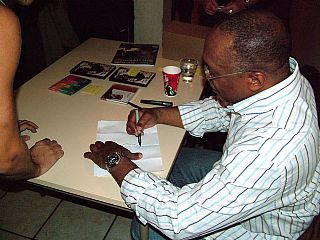