Rob Snijders was born on September 4, 1969 in Deurne,
The Netherlands.

At present he moves seemingly effortless between his endeavors as a composer of contemporary music and his activities as a rock musician.

At the age of 6 Rob started receiving private lessons in classical percussion. After hearing British pop band The Police and their drummer Stewart Copeland, he began playing drums and acquired his first drum kit at the age of 10.
Following his graduation from high school he enrolled at the Brabants Conservatory in Tilburg and studied Classical Percussion with Willy Goudswaard and Jazz & Improvised Music with Frans van Grinsven. He also attended master classes with New York based vibraphone player Arthur Lipman.
During his schooling he acquired skills in both classical and rock music. This led to him playing Edgar Varèse’s ‘Ionisation’ with the Conservatory ensemble and meeting celebrated composer Karlheinz Stockhausen, yet being voted best national hard rock/heavy metal drummer in the Dutch percussion magazine ‘De Slagwerkkrant’ in 1995.

For his graduation concert he composed a solo piece entitled ‘Winds in the Desert’ for vibraphone and percussion set-up.

In 1995 Rob joined the Dutch band KONG, by that time already renowned for their pioneering role in combining loud guitars with electronic beats and samples. As a band member he did several tours across Europe and co-wrote the album ‘EARMINeD’ that was produced by Junkie XL. KONG was also known for their quadrophonical performances; each band member had his own small stage in one of the four corners of the venue complete with its own amplification and lighting system. In 1997 KONG adapted the piece ‘Time Machine’ by composer Otto Ketting for their performance at the Otto Ketting Festival in The Hague.
Early 1998 Rob decided to leave KONG.

At that time he had already started working on a project called ‘Ensemble Solitaire’. He composed several works for a fictitious ensemble consisting of woodwinds, electric bass, keyboards and pitched/un-pitched percussion.

In the summer of 1998 he was asked to join former doom metal group Celestial Season, which in the mid-nineties had changed course towards a more groove-rock/stonerrock oriented style. With Celestial Season he co-wrote and recorded three albums: ‘Chrome’, ‘Lunchbox Dialogues’ and ‘Songs from the Second Floor’. They toured intensively throughout Holland and Germany until the band ceased to exist in 2002.

In 2005 Rob started collaborating with librettist/director Daniël Cohen. They started working on a score for a new contemporary classical chamber opera, but the project recently got postponed due to the fact that both Rob and Daniël got involved in other artistic endeavours. During that same year Rob joined Dutch indie rock group Merry Pierce.
This year he founded his own band, Flowers del Ocotillo Society and started writing and demoing new songs for their first album 'Yearning Man Miniatures'. Rob also teamed up with Dutch bands Drive By Wire and Buy The Grace as their live drummer. 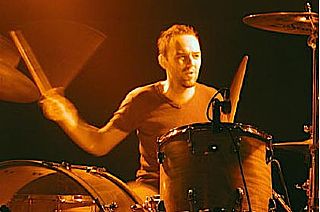 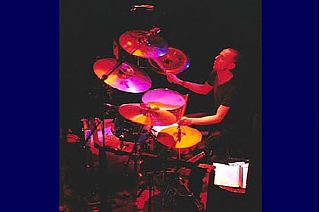